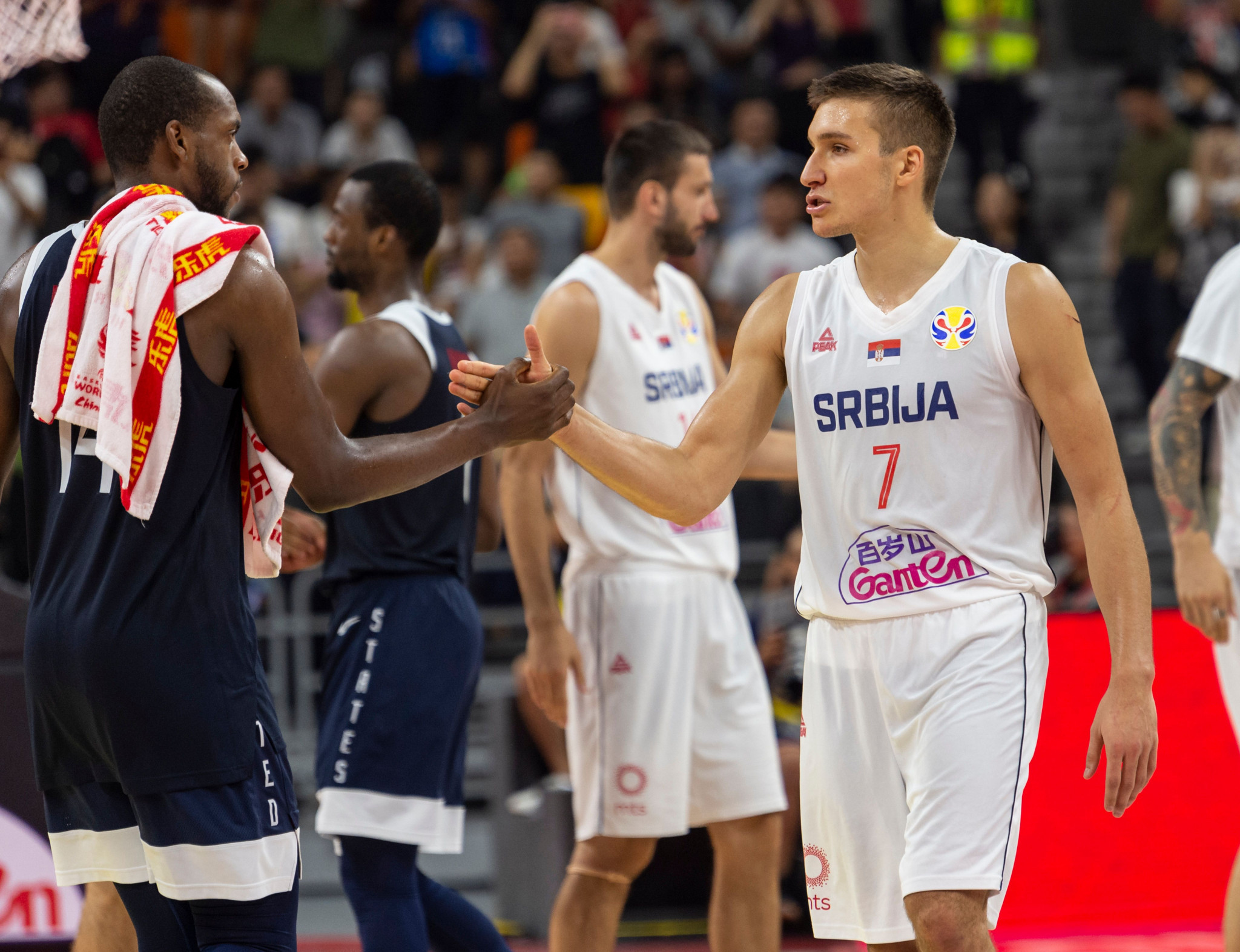 The United States can finish no higher than seventh place at the International Basketball Federation (FIBA) World Cup in China, after losing to Serbia.

Following their shock quarter-final loss against France yesterday, the reigning Olympic and world champions were beaten 89-94 at Dongguan Basketball Center.

It means they will contest the seventh-place play-off against Poland, who fell to an 84-94 defeat to Czech Republic in the other classification match at Shanghai Oriental Sports Center.

Even a win for the US would represent its lowest placing in a major tournament since National Basketball Association players were allowed to participate in 1992.

Bogdan Bogdanović and Vladimir Lučić combined for 43 points to lead Serbia to victory, scoring 28 and 15, respectively, while Harrison Barnes racked up 22 for the US.

"We have good character guys," US coach Gregg Popovich said.

"It's a tough turnaround, but when you miss that many shots there's a lot of defensive transitions you have to get to."

He added: "Bogdan was just on fire.

“I'm just impressed with their character and persistence.

"Tonight was a great example of that."

Serbia's opponents in the fifth-place play-off will be Czech Republic, who were helped considerably to their win over Poland by top performer Vojtěch Hruban.

The 30-year-old managed 24 points, 12 rebounds, three assists, one steal and one block

The FIBA World Cup continues tomorrow with the semi-finals between Spain and Australia, and Argentina and France.