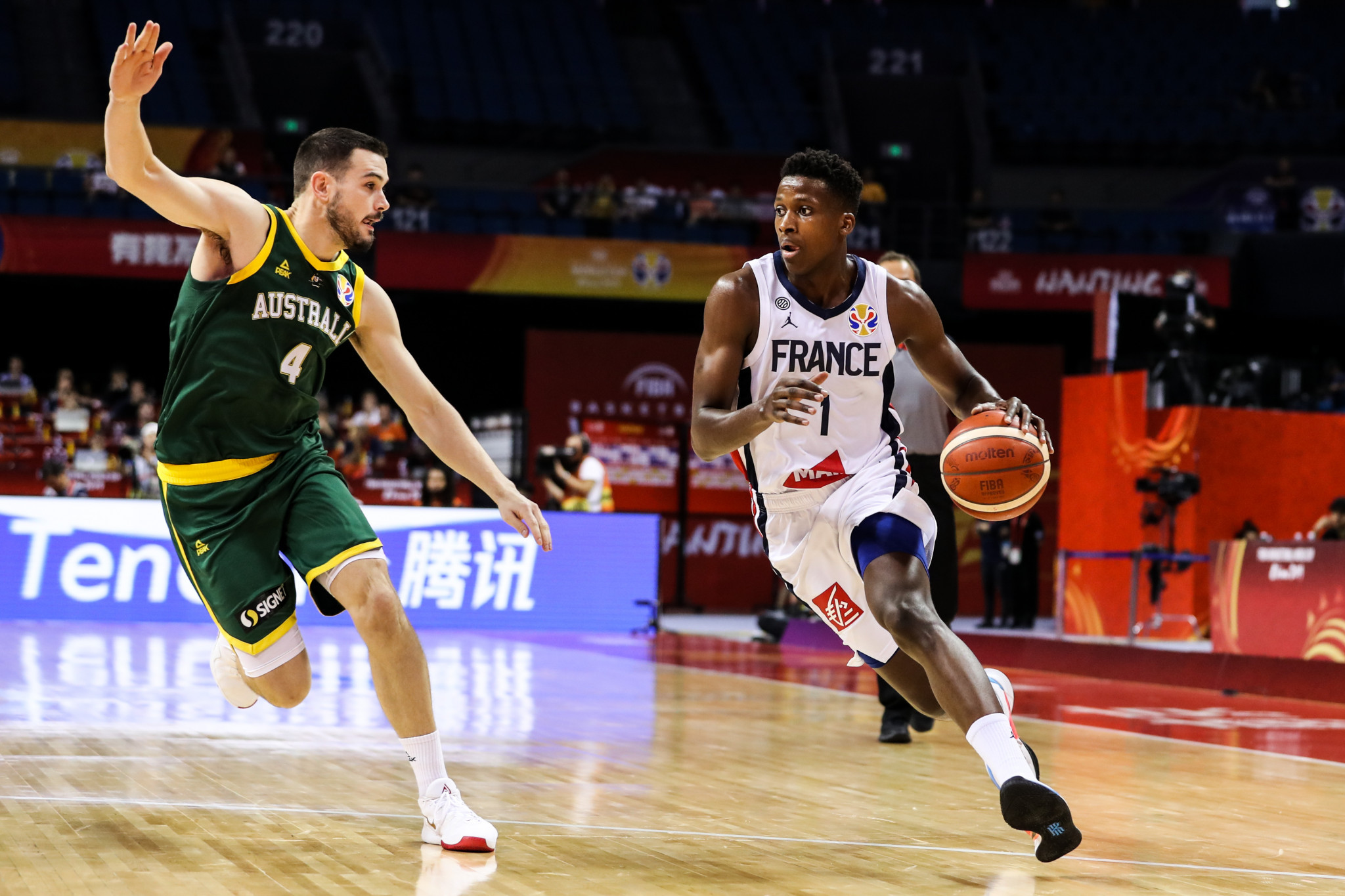 Australia and the United States progressed to the quarter-finals of the International Basketball Federation (FIBA) World Cup with perfect records after extending their winning runs to five matches in China.

Patty Mills became the first Australian player since 1998 to score 30-plus points in a FIBA World Cup game as his country finished top of Group L at the expense of opponents France with a 100-98 win at the Gymnasium of Youth Olympic Games Sport Park in Nanjing.

The US registered an 89-73 victory over Brazil at Shenzhen Bay Sports Center to clinch first place in Group K and secure the opportunity to defend their Olympic gold medal at Tokyo 2020 as one of the top two teams from the Americas.

It also meant tournament debutants Czech Republic qualified for the last eight as runners-up, despite losing 84-77 to Greece earlier in the day.

A win for Brazil would have seen them go through with the already-qualified US.

In the quarter-finals, the US will face France and Australia, who have also officially qualified for Tokyo 2020 as the top team from Oceania, go up against Czech Republic.

Those two matches are due to take place on Wednesday (September 11).

🇺🇸 @USABasketball just were too much in the final 15 minutes as they just poured it on for what looked like a pretty comfortable W! #FIBAWC #USAGotGame

The first two last-eight ties, which pit Argentina against Serbia and Spain against Poland, are scheduled for tomorrow.

Today's other game in Group L ended in Lithuania beating the Dominican Republic 74-55 to ensure a third-place finish and condemn their opponents to the foot of the table.

There were also classification matches held in Groups O and P.

Montenegro came third after ending their campaign by defeating Japan 80-65.