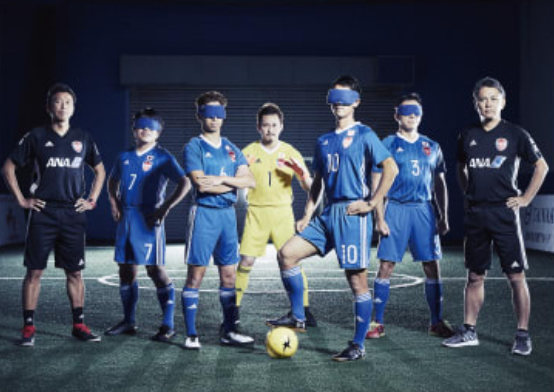 The five-a-side version of the sport made its Paralympic debut at Athens 2004 but Japan has never qualified to compete on the biggest stage.

That will change in Tokyo as the country has been handed a host nation berth, confirming their participation next year.

"I wish that more people will enjoy blind football in the future, and also, become stronger," said Kawamura to the International Blind Sports Federation (IBSA).

"I hope blind football will take root in Japanese society as a culture.

"Football has influenced me in many good ways.

"The sport to me is my life, my reason to live."

Japan's preparation for Tokyo 2020 has included hosting the IBSA Blind Football World Grand Prix in the capital city for the past two years.

They reached the semi-finals in March, where they were beaten by England.

Argentina won both tournaments held, while Brazil have won every Paralympic gold medal.

"We've had so many matches to gain game experiences and get stronger," Kawamura said.

"Highly professional staff have also been providing support for team Japan to win."