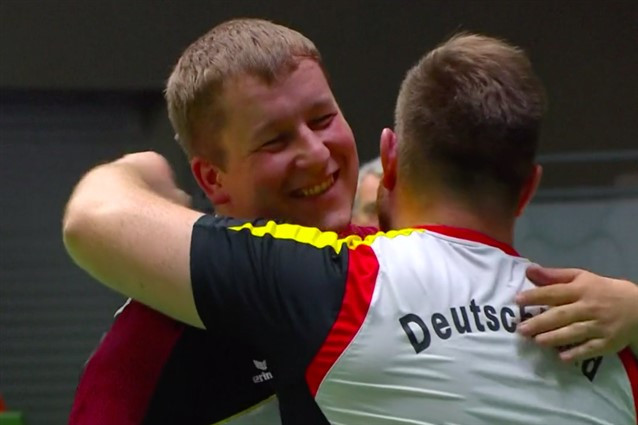 Reitz triumphed again at the Centro Militar de Tiro Esportivo, having already done so during the Rio 2016 Olympic Games.

He is also the current world silver medallist, having finished second in Changwon last year.

China's Li Yuehong completed the podium, having been eliminated on 25.