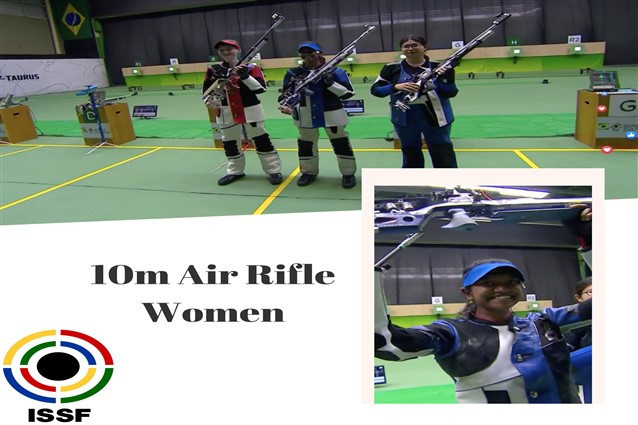 Before the start of the final, the two Olympic quotas available in the event were secured by Lin and Iran's Armina Sadeghian.

Lochbihler finished on a qualification world record total of 1,188 points and Claussen registered 1,180.

In the precision stage of women's 25m pistol qualification, Poland's Klaudia Bres prevailed with a total of 296 points