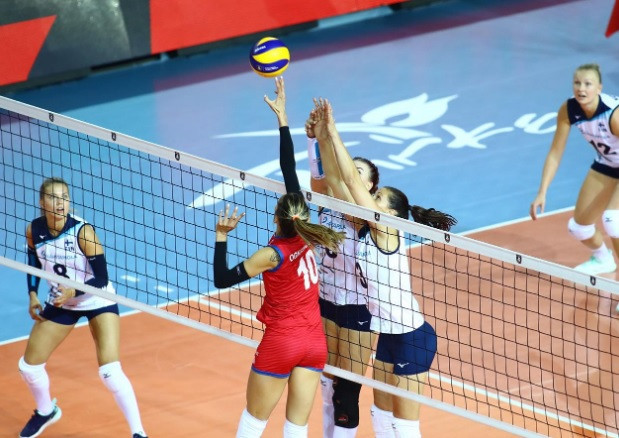 Serbia began the defence of their Women's European Volleyball Championship title with a convincing victory over Finland in Ankara.

The reigning world champions were in ominous form as they dispatched their opponents 25-17, 25-15, 25-17 at Ankara Arena.

The victory gave Serbia, who are bidding to add a second consecutive European crown to the world title they won last year, a perfect start to Pool A.

Finland, making a first appearance at the event for 30 years, were made to rue the loss of Emmi Riikilä after she suffered a second-set injury which may keep her out of the rest of the tournament.

"We knew that Finland is not a team performing at our level," said Serbia captain Maja Ognjenovic.

"They did not play at EuroVolley for 30 years and this says a lot.

"However, we respect every opponent.

"Sometimes it is difficult to play games that you know you are going to win even before they start.

"Despite this, it was a good opportunity for the whole team to play and for the coach to test all players."

Elsewhere in Pool A, France battled to a five-set victory over Bulgaria.