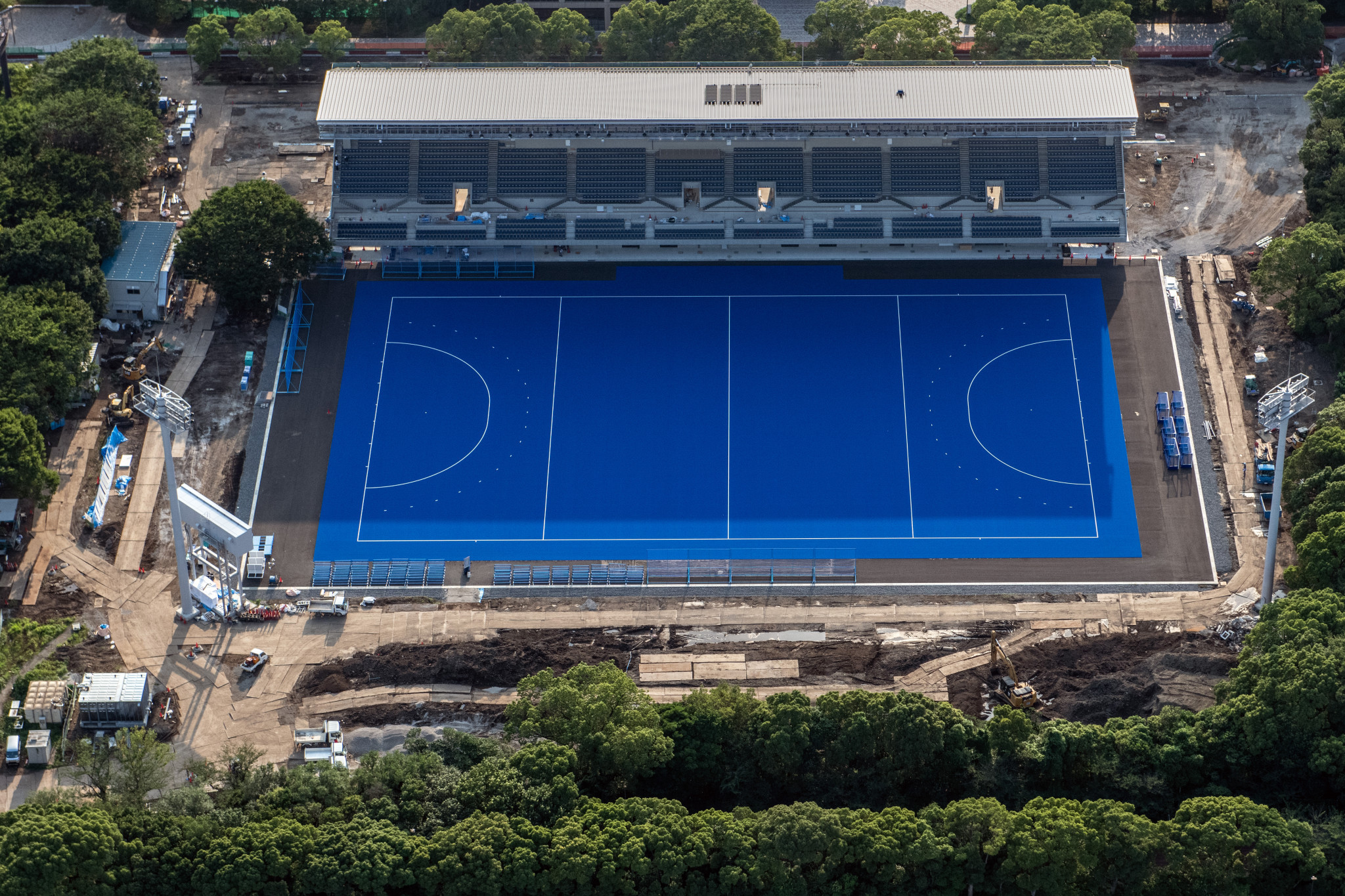 The stadium, infrastructure and organisation for hockey at the 2020 Olympic Games will be put under the microscope this week as part of the Ready Steady Tokyo series of test events.

The tournament will be held at the newly built Oi Hockey Stadium from tomorrow until Wednesday (August 21).

Japan, India, Malaysia and New Zealand will contest the men's tournament, while Australia, China, Japan and India feature in the women's competition.

While the matches will be competitive, with the top two teams in the pools contesting a final on Wednesday, the primary purpose is as a dress rehearsal to ensure all facilities and operations are perfected before next year's Games.

It will also test whether athletes will be able to effectively play in the high temperatures which have affected recent Tokyo 2020 test events in sports such as marathon swimming and triathlon.

Fears for the impact of extreme heat in Japan next year have been heightened by a heatwave in the country in recent weeks, which has seen 57 people die and more than 18,000 admitted to hospital.

Several young competitors were treated for heatstroke at the World Rowing Junior Championships, while athletes in the marathon swimming test event were unhappy with the heat and water conditions.

Tokyo 2020 has been investigating extreme heat countermeasures, such as painting roads with a special coating that is expected to suppress temperature rises by as much as eight degrees Celsius.

A Tokyo 2020 cooling project has been launched which includes cool spaces at venues and spectators being allowed to take their own bottled water to events, something that has been prohibited at previous Olympic Games due to security and sponsorship concerns.

On the hockey pitch, India are the highest ranked men's team as they sit fifth in the International Hockey Federation (FIH) rankings.

In the women's competition, world number two Australia, who missed out on winning the inaugural FIH Pro League following a shoot-out defeat to the Netherlands in the final, are the favourites.

India against Japan and Australia versus China are the first matches in the women's event, followed by India versus Malaysia and New Zealand against Japan in the men's competition.

The 2020 Olympics in Tokyo begin on July 24, with hockey getting underway the following day.