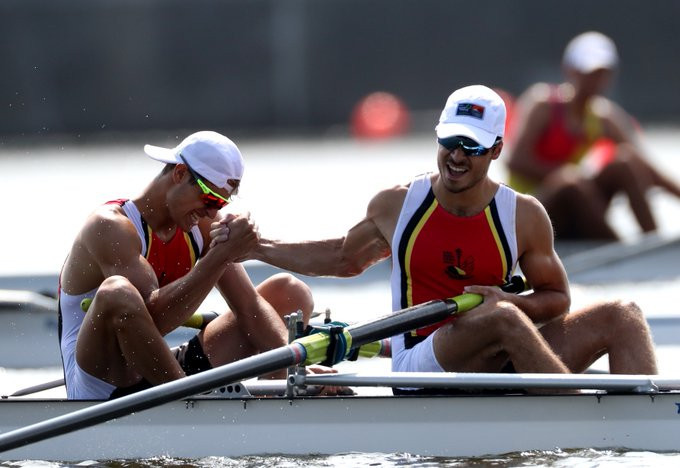 Florin Arteni-Fintinariu and Alexandru Gherasim cruised into the final of the men's pair event at the World Rowing Junior Championships in Tokyo, a competition doubling as a test event for next year's Olympic Games.

The Romanian duo finished ahead of Victor Toston Lamm and Gregoire Charles of France, who crossed the line in 6:43.820.

Belgium's Henri Steyaert and Florian Chalmet did enough for third, claiming the last place in the final from the race in 6:49.760.

Croatia’s Ivan Vuković and Karlo Borkovic finished adrift of the leading two boats but comfortably in front of the rest of the field to book their place in the final in 6:46.740.

Hairong Zhang and Peibing Zhang produced a dominant performance for China to top the standings in the first women's double sculls semi-final.

Isabel van Opzeeland of The Netherlands continued her impressive showing from the heats by winning the first semi-final in the women's single sculls.

Van Opzeeland emerged victorious from a close battle with Alexandra Foester of Germany to triumph in 7:46.280.

The duo were followed into the final from the race by Canada's Abigail Dent.

In the men's single sculls, Ivan Brynza of Belarus posted the quickest time to progress to the final.

The Championships, part of the "Ready Steady Tokyo" test event series for the 2020 Olympics and Paralympics, are due to conclude with finals tomorrow.