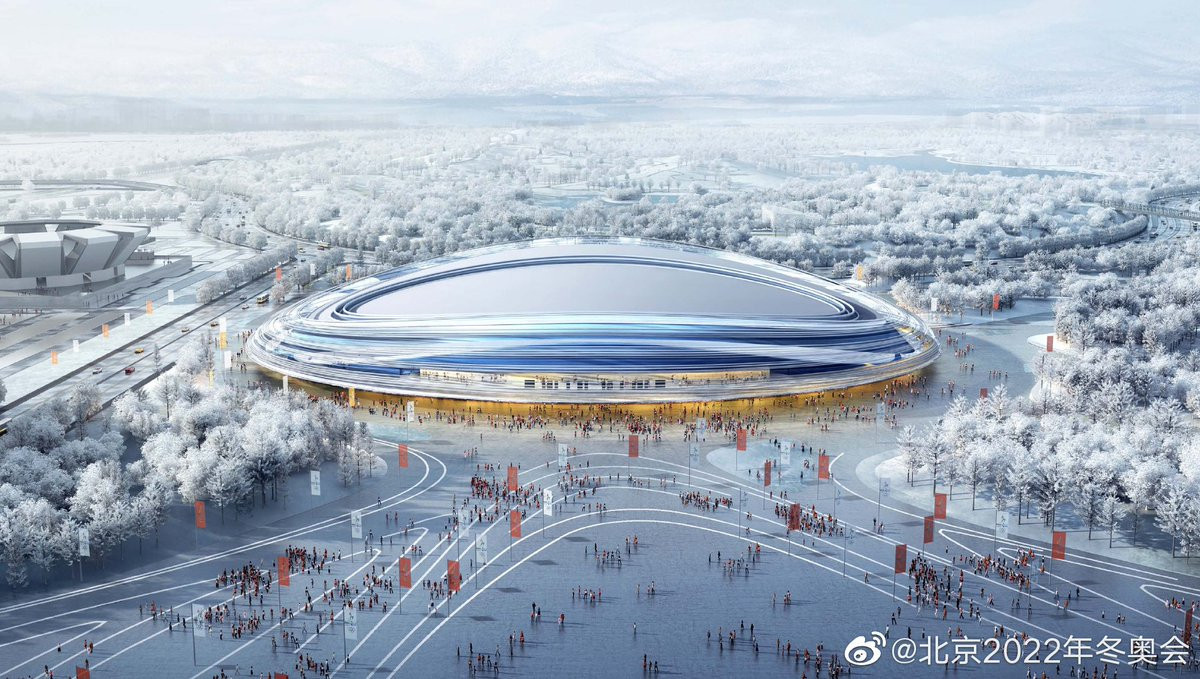 China’s National Speed Skating Oval will be open all year round after the 2022 Winter Olympics in Beijing, according to the capital city’s sports authorities.

As reported by China.org.cn, the new venue being built for the Games in three years' time will be available for the use of both professional athletes and the general public.

The National Speed Skating Oval, nicknamed the "Ice Ribbon" owing to the pattern included in its design, is expected to be totally finished before the end of this year.

Building work on the venue, one of two new competition facilities being built in Beijing for the Games, began in April 2017.

Beijing 2022 President Cai Qi claimed last month that it is progressing as scheduled.

Construction work will feature the installation of 22 separate light arcs, or ribbons, running around its exterior.

It is claimed this will symbolise the speed of the sport and the year in which the Winter Olympics are taking place in Beijing.

Other venues apart from the National Speed Skating Oval will also be in use after Beijing 2022, according to the sports authorities.

The National Alpine Ski Centre and the National Sliding Centre in Yanqing District will be used for training after the Games.

The big air snowboarding site at Shougang Park, meanwhile, will be maintained in order for it to become the world's first permanent setting for the sport.