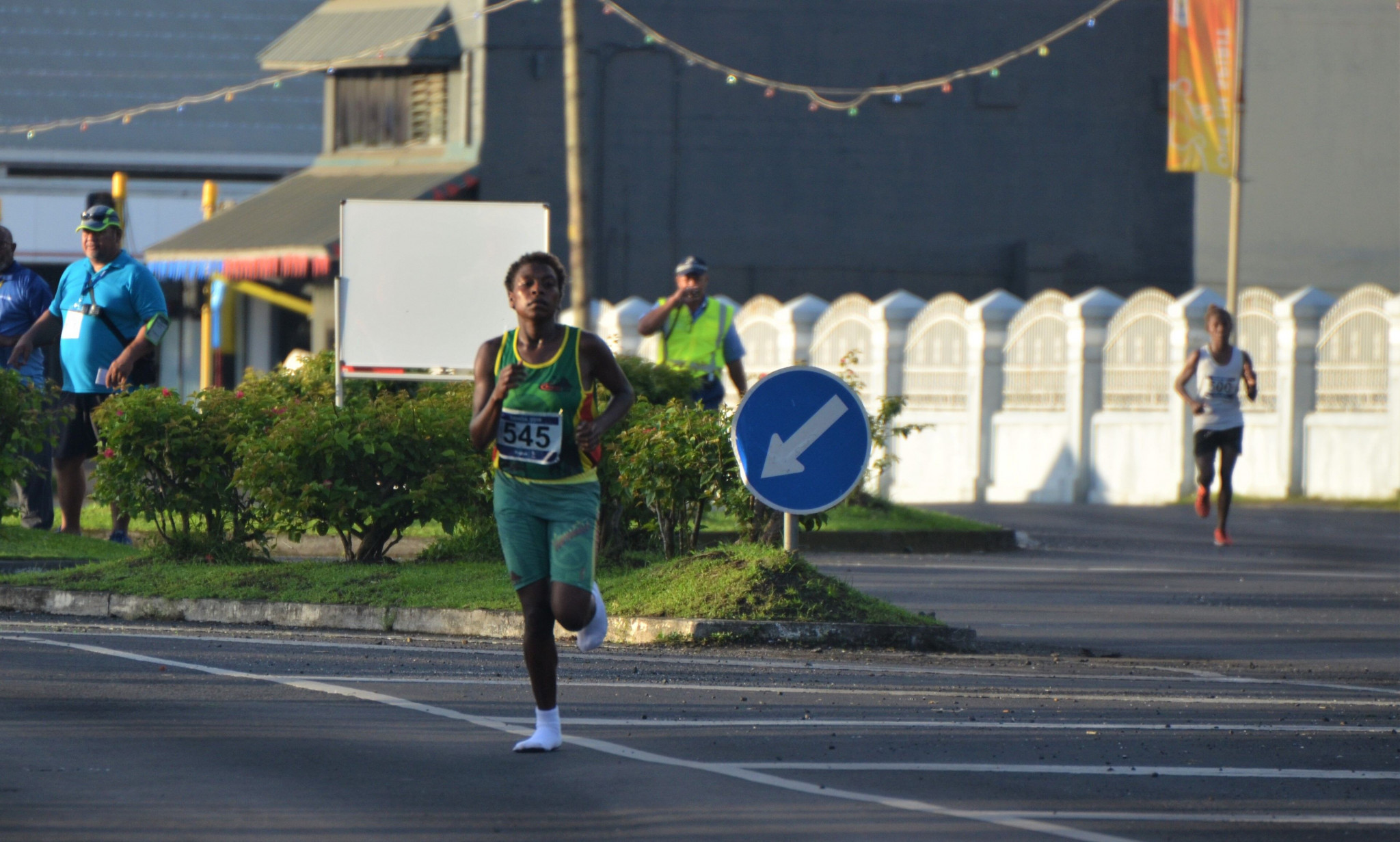 Vanuatu’s Margaret Kuras won the women's half marathon at the Samoa 2019 Pacific Games today (July 20) despite running wearing only socks on her feet.

Kuras secured victory in one hour 29 minutes and 55 seconds in Apia, 15 seconds ahead of Solomon Islands' Dianah Matekali - who was wearing shoes.

After the race, the 20-year-old champion told the Pacific Games News Service: “Yes, I won it with only socks on.

“Wearing socks is a personal decision that I made because I had never run with shoes on before, so I didn’t feel comfortable running in shoes at these Games.

"When I tried the shoes on, my feet felt too heavy and I didn’t like it.”

Her gold was her second medal of the Games, after winning silver in the 10,000m on Thursday.

He beat Samuel Aragaw into second place to get revenge on the Tahitian for beating him to gold in the 5,000m earlier this week.

The men's and women's triathlons also took place on the streets of Apia today, as New Caledonia's Charlotte Robin won a gold medal on the final day of competition to go with her victory on the first day of the Games.

Salome De Barthez from Tahiti finished second to Robin, just as she did in the Port Moresby 2015 triathlon, in 1:06.48.

Elsewhere, Papua New Guinea completed their clean sweep of the touch rugby competitions with victory over Samoa - who lost all three finals - in the mixed competition.

They beat the hosts 10-9, while Cook Islands won bronze by defeating Fiji 9-5.