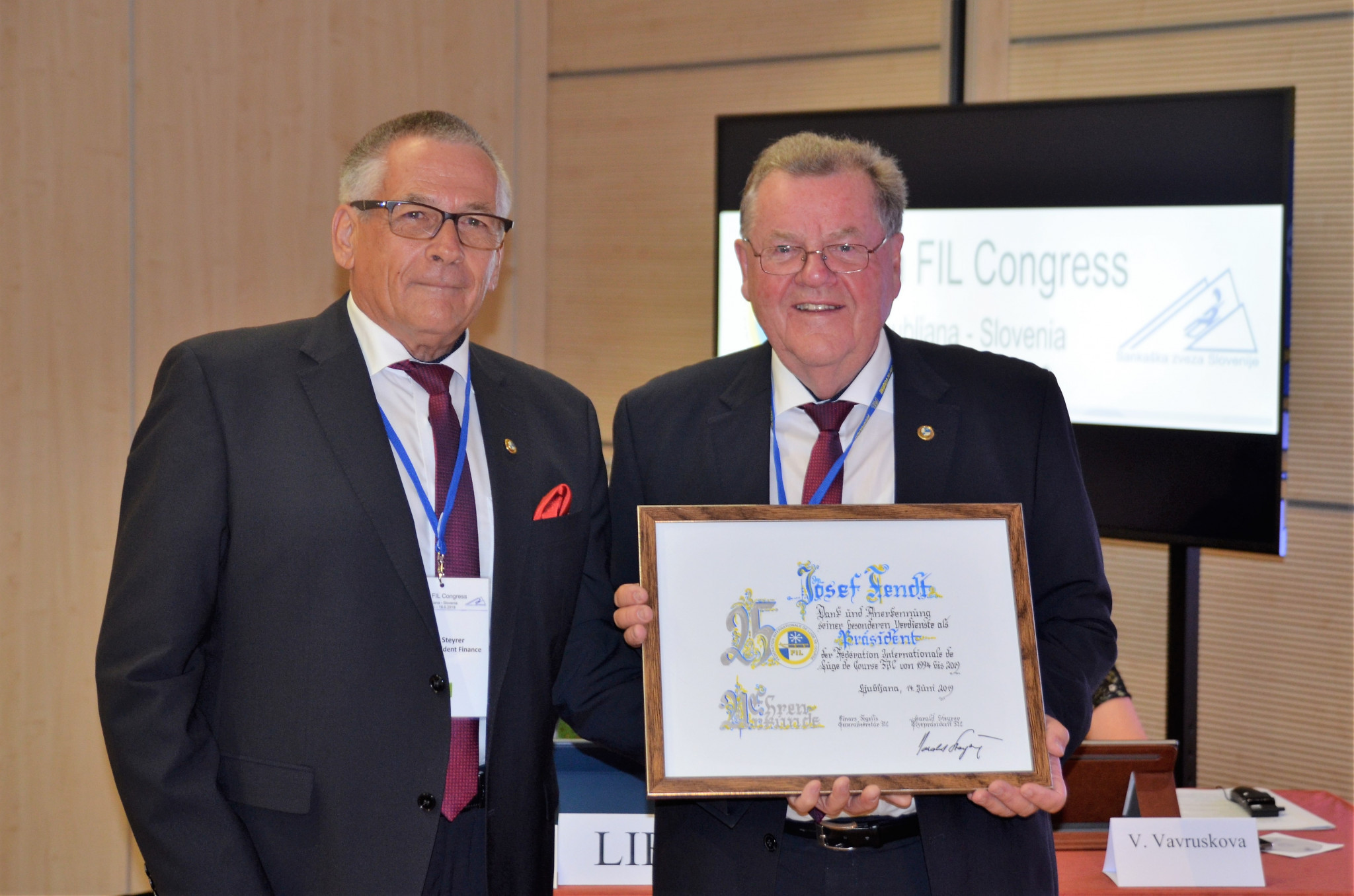 Fendt, the men’s singles silver medallist at the 1976 Olympic Games in Innsbruck and a two-time world champion, was elected to succeed Austria’s Bert Isatitsch in Rome on June 25 in 1994.

Following Isatitsch’s passing on February 8, 1994, Fendt took on the role of acting President.

He is the second longest-serving Winter International Federation President behind International Ice Hockey Federation (IIHF) head René Fasel, who has served in his position since the IIHF's 1994 Congress in Venice at the beginning of June.

Norway’s Anders Besseberg had been President of the International Biathlon Union since 1992, but he stood down in April 2018 after he was implicated in a criminal investigation which focuses on possible doping, fraud and corruption.

At the 67th FIL Congress in Slovenia’s capital Ljubljana earlier this month, Fendt received a certificate to mark his achievement.

Under the German's leadership, the FIL has seen an additional discipline added to its Olympic programme in the form of the team relay.

Since its launch at Sochi 2014, the world governing body claims the mixed gender team event has become an integral part of the Olympic luge events.

Fendt, 71, admitted the "darkest hour" of his term in office was the fatal accident involving Georgia’s Nodar Kumaritashvili on the opening day of the 2010 Winter Olympics in Vancouver.

"Fendt was able to pull through this test," an FIL statement reads.

"And, as always, he did so by working closely with the International Olympic Committee and receiving a great deal of support from the former secretary general Svein Romstad of the USA.

"Since Romstad stood down at the 2018 Congress, Fendt has been supported by an equally-loyal secretary general, Latvia’s Einars Fogelis, who was previously vice-president for technical affairs for many years."

The FIL has had its own headquarters in the centre of German town Berchtesgaden since summer 2017.

The body’s office was first set up back in 1993 as part of an initiative by Fendt when he was vice-president for sport.

"Full-time administration of the FIL's affairs is one of the more visible signs of the global federation’s professionalisation, a process in which Fendt has played an important role," the FIL statement added.

"Under Fendt's guidance, the federation has doubled its TV exposure, increased its presence in print media on an ongoing basis, and also achieved an extraordinary level of consistency in terms of sponsorship.

"Viessmann and Eberspächer have been FIL partners for over 25 and 15 years respectively."