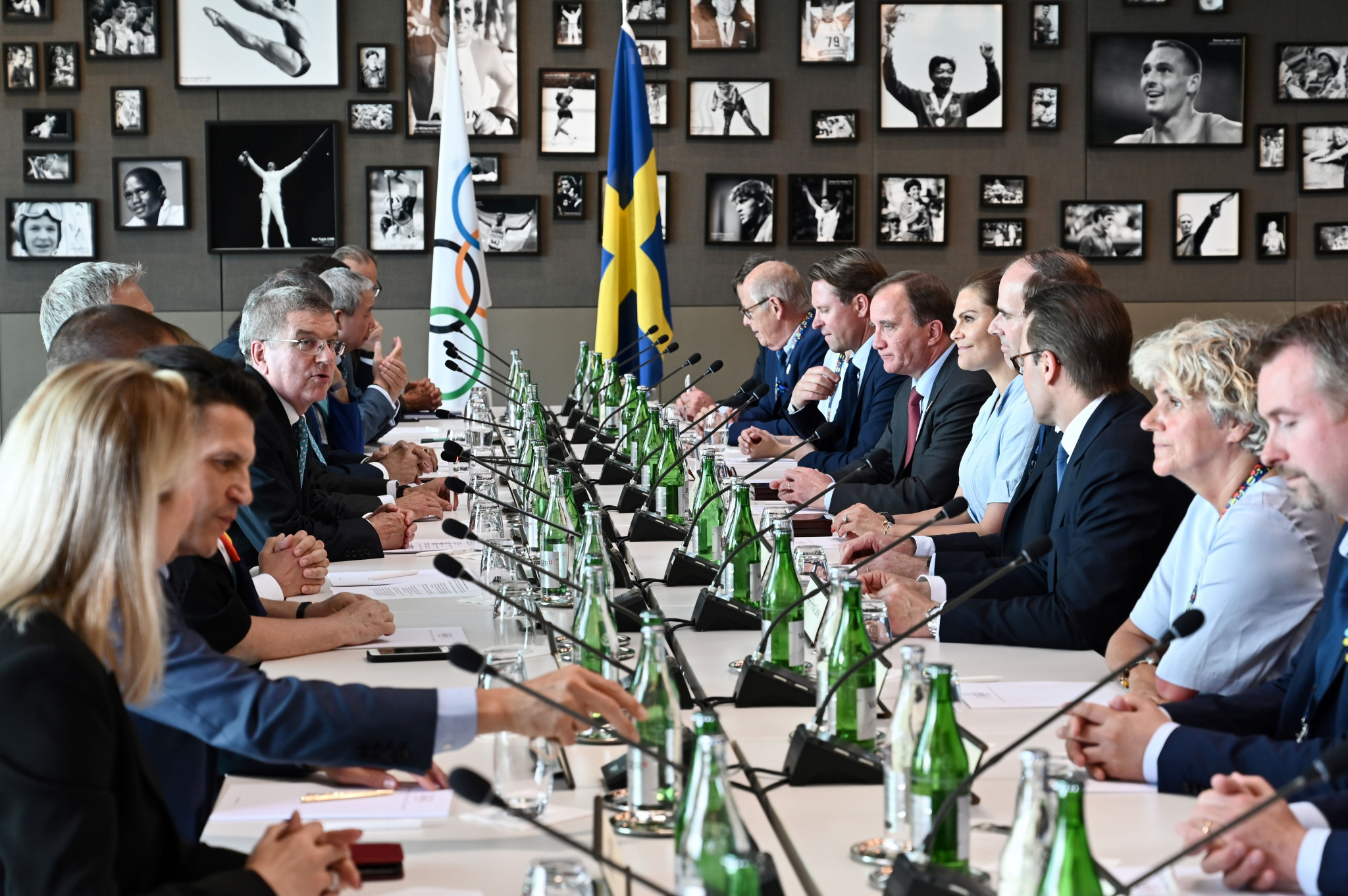 Sweden's Prime Minister Stefan Löfven has claimed the country stands ready to host the 2026 Winter Olympics after a bilateral meeting with the International Olympic Committee (IOC).

Speaking after the meeting Löfven reiterated the Swedish Government's full support to the candidacy.

"We just had a good meeting with President Bach and members of the IOC," Löfven said.

"Sweden stands ready to host the Winter Games in 2026.

"The Swedish Government stands fully behind this candidacy.

"We are looking forward to deliver on the 'New Norm'."

The bid have insisted Swedish politicians are united behind the attempt to bring the Winter Olympic and Paralympics to the country in seven years' time.

Sweden has never hosted a Winter Olympic Games, but staged the Summer Games in 1912.

The country has endured a series of failed bids since, with six attempts to host the Winter Olympics seeing them miss out.

Sweden was also beaten by Athens in the race to host the 2004 Summer Olympic Games.

Stefan Holm, one of Sweden's four gold medallists at Athens 2004, expressed his hope the country can end their run of bid defeats.

The former high jumper and IOC Athletes' Commission member claimed it would be a "childhood dream" for Sweden to host an Olympic Games, citing the nation's passion for sport and its political and economic stability highlighted as key reasons why IOC members should vote for Stockholm Åre 2026.

"We are a stable country politically and economically speaking," Holm said.

"We have never hosted the [Winter] Games before and we really, really want it.

"We are sports loving people, especially when it comes to winter sport.

"For me it would be a childhood dream to be host of the Olympic Games and go all the way this time.

"It was 107 years ago the 'Sunshine Olympiad' in Stockholm.

"So hopefully, we can have a Winter Games this time.

"It feels weird when you look back historically.

"Norway had it twice and Sweden have not, so hopefully it will be a first time now."