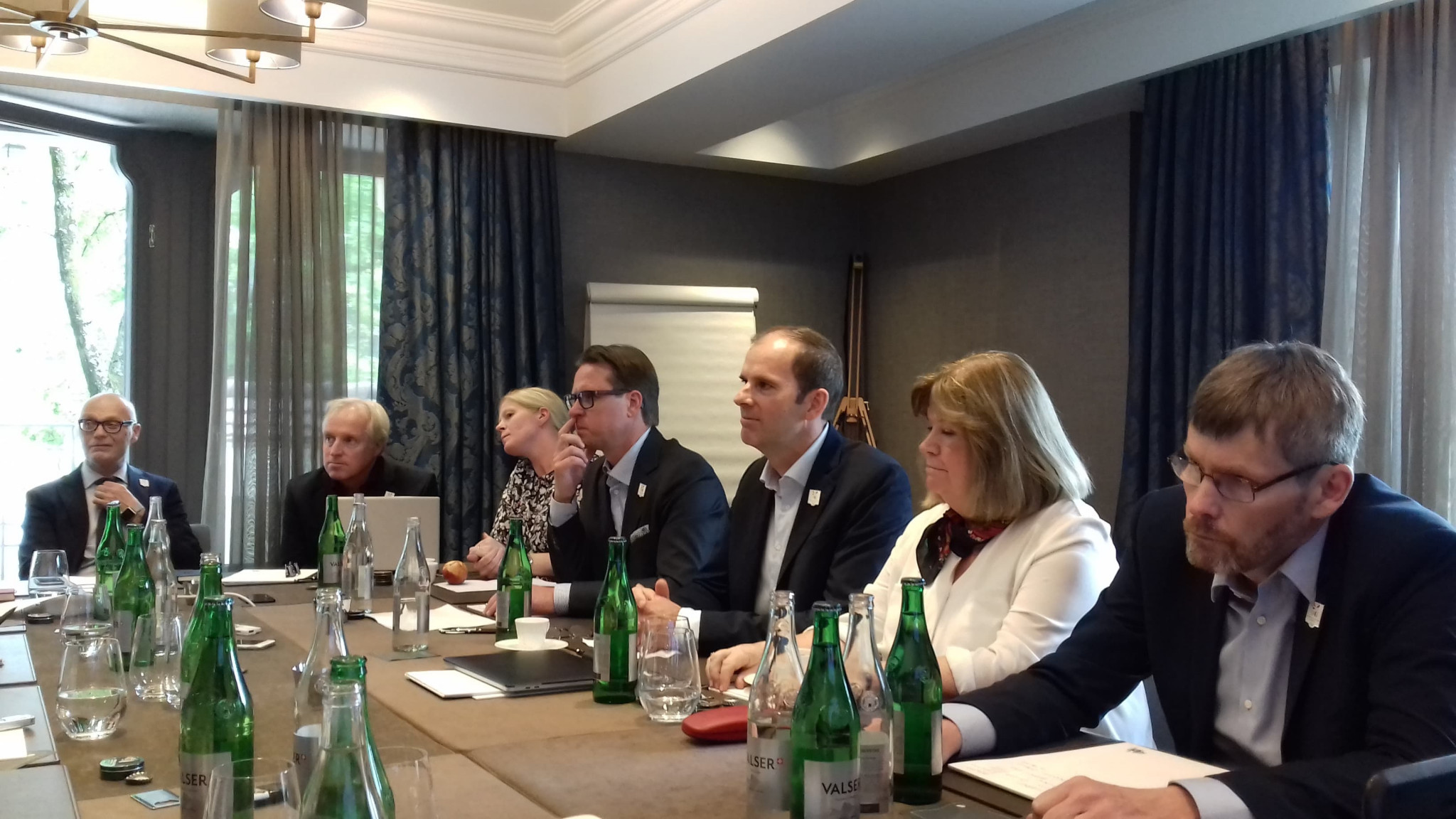 Stockholm Åre 2026 officials have claimed to have answered challenges raised by the International Olympic Committee (IOC) Evaluation Commission and played down concerns over the financial backing of their plans.

Stockholm Åre will discover on Monday (June 24) whether it has overcome rivals Milan Cortina.

The IOC Evaluation Commission report appeared to give the Italian bid the edge, but Stockholm Åre 2026 insist they have made progress on issues raised.

“We have taken on board what their views are and we have responded to those,” said Richard Brisius, Stockholm Åre 2026 chief executive.

“We have come back and addressed all challenges they raised and answered them.

“Our bid files were handed in on January 11, which was the basis for almost all of the content in that.

“A lot has happened in our bid since.

“For instance, we did not have a Government in place at the time of the Evaluation Commission visit.

“Lots has happened since and we have clarified everything.”

The IOC Evaluation Commission had noted that while letters of intent had been provided “binding venue funding guarantees for the new venues: the Stockholm Olympic Village, the speed skating oval and the cross-country and biathlon venue, are still to be submitted".

Concerns were also expressed regarding the venue funding, remediation of the site and legacy use of the proposed cross-country and biathlon venue.

It is claimed the venue, built on the site of an old quarry, would provide a post-Games recreational and grassroots skiing facility in the Stockholm region.

The report noted that existing World Cup venues Falun and Östersund could be used instead.

IOC Executive Board member and Swedish Olympic Committee secretary general Gunilla Lindberg claimed the interest in the sports made it necessary for a stadium in Stockholm.

“For the cross-country and biathlon, it is our wish to hold them in Stockholm,” she said.

“The interest for the sports is so high, so we want to stage them in the capital.

“We have stadiums for those sports all over the country.

“We just had the World Championships in biathlon in Östersund and cross-country skiing in Falun.

“From the Swedish point of view, we really wanted to have a stadium in the capital, because that is where most people are living and want to do skiing.”

The IOC report had also highlighted that Municipality of Stockholm had stated it would not sign the Host City Contract, with Åre proposed as the signatory of the contract, along with the Swedish Olympic Committee.

The report claimed this would "require strong financial support from private guarantors to ensure fulfilment of the contractual requirements and delivery of the Games".

The IOC have also since sought binding commitments regarding the delivery of the Olympic Village in a letter sent to the bid on June 14.

“We received a number of non-binding letters of intent and guarantees, these do not represent binding commitments and therefore put Olympic Village delivery at risk," the IOC letter read, according to Agence France-Presse.

Brisius insisted that Åre signing the host city contract would not be a concern and that the bid had gone beyond what had been expected.

“That does not raise any concern,” Brisius said.

“The Prime Minister has stepped out after he came on board with full support from the Government.

“The Government has provided all guarantees.

“What we have done is we have gone beyond what is expected.”

The Evaluation Commission report had noted that 55 per cent were in favour of the bid in Sweden, with 54 per cent in Stockholm and 59 per cent in Jämtland, where Åre is located.

This was lower than their rivals, with the IOC opinion poll finding 83 per cent support in Italy, 87 per cent in Milan, 81 per cent in Lombardy and 80 per cent in Veneto.

Stockholm Åre 2026 have insisted support is continuing to rise in Sweden as the public crosses the “knowledge gap” and has an increased understanding of the IOC’s recent reforms.

Victoria, Crown Princess of Sweden and Prime Minister Stefan Löfven will attend the IOC Session to show their support for the bid.

The vote to select the 2026 Winter Olympic and Paralympic host will be the conclusion to a tepid race, which has seen the IOC allow the cities extra time to submit the guarantees it requires.

Both candidatures were made to wait for the required Government guarantees and Sweden submitted them after the Italian bid.