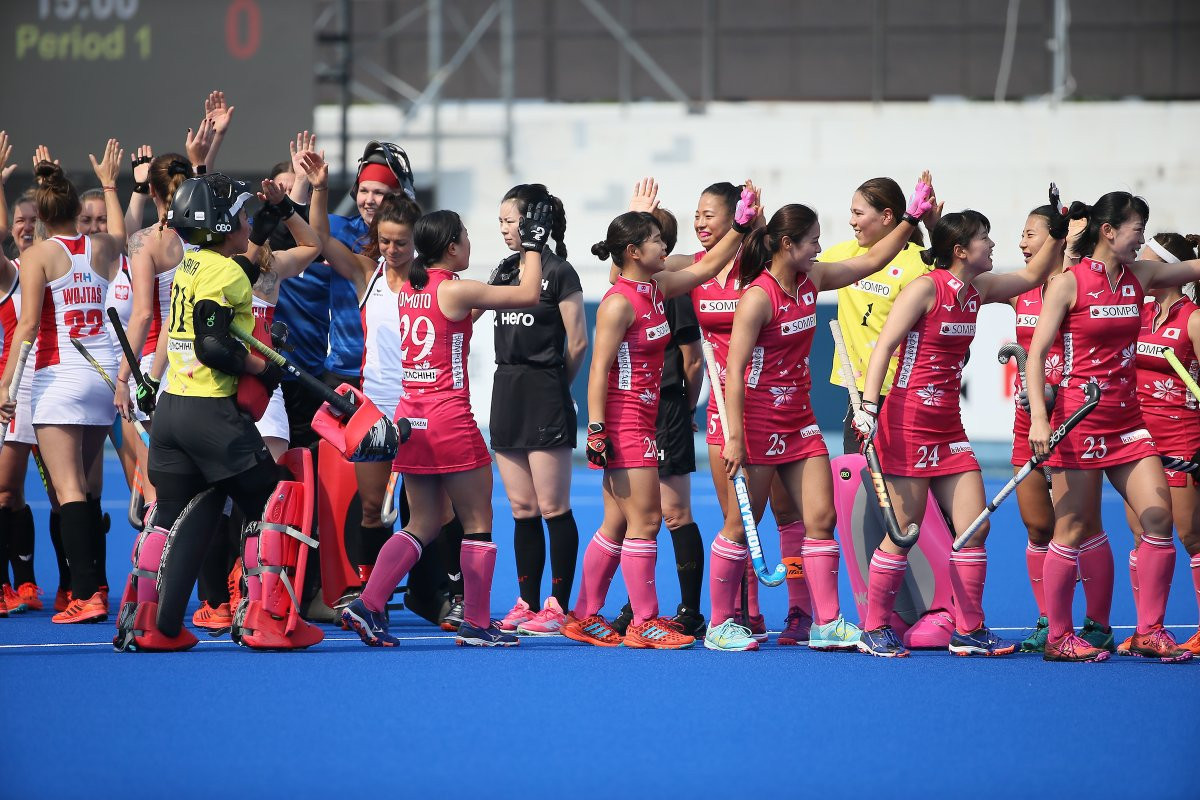 Hosts Japan and Chile won the crossover matches at the International Hockey Federation Women's Series Finals in Hiroshima to reach the last four.

Both countries join group winners India and Russia who were awarded automatic births in the semi-finals.

Japan only finished third on home soil in Group B but proved too strong for a Polish side who ended Group A in second place.

Yuri Nagai opened the scoring in the second quarter with a fine reverse stick strike and Izuki Tanaka doubled the lead in the third with a penalty stroke.

The hosts then turned on the style in the final quarter as Nagai's deflection from a penalty corner, Mami Karino's goal and Mori Kano's forward blast completed a comfortable scoreline.

"I think in the second half, we certainly responded really well," said Japan coach Anthony Farry.

"We were able to put some space between us and them on the scoreboard which is important for us, and we scored a couple of really good goals in the end."

Chile recovered from their 5-2 defeat to Russia in their final pool match to win by the same scoreline.

They had to come from behind as Janine Stanley gave the Uruguayans the lead with only 50 seconds on the clock.

Fernanda Arrieta scored from a penalty corner to level after nine minutes and Chile led thanks to Caroline Garcia's volley two minutes before the end of the opening quarter.

In the second quarter Garcia deflected in a third before completing her hat-trick with a flicked shot into the net.

Consuelo de la Heras made it 5-1 in the third quarter by deflecting home a penalty corner before Teresa Viana grabbed a consolation for Uruguay towards the end of the game.

"I think we were strong mentally, even though we went 1-0 down," said Chile captain Camila Caram.

"We went for more goals.

"We were a little bit down [after losing against Russia] so we had to get it together today and turn the page over."

Chile finished second in Group B and will now meet India in the semi-finals.

Japan will play Russia in the other last four clash at the tournament which provides a pathway to Tokyo 2020 Olympic qualification.

Both semi-finals will take place on Saturday (June 22) with classification games tomorrow.

Poland and Uruguay, who were third in Group A, will meet for sixth place with Fiji taking on Mexico for eighth.