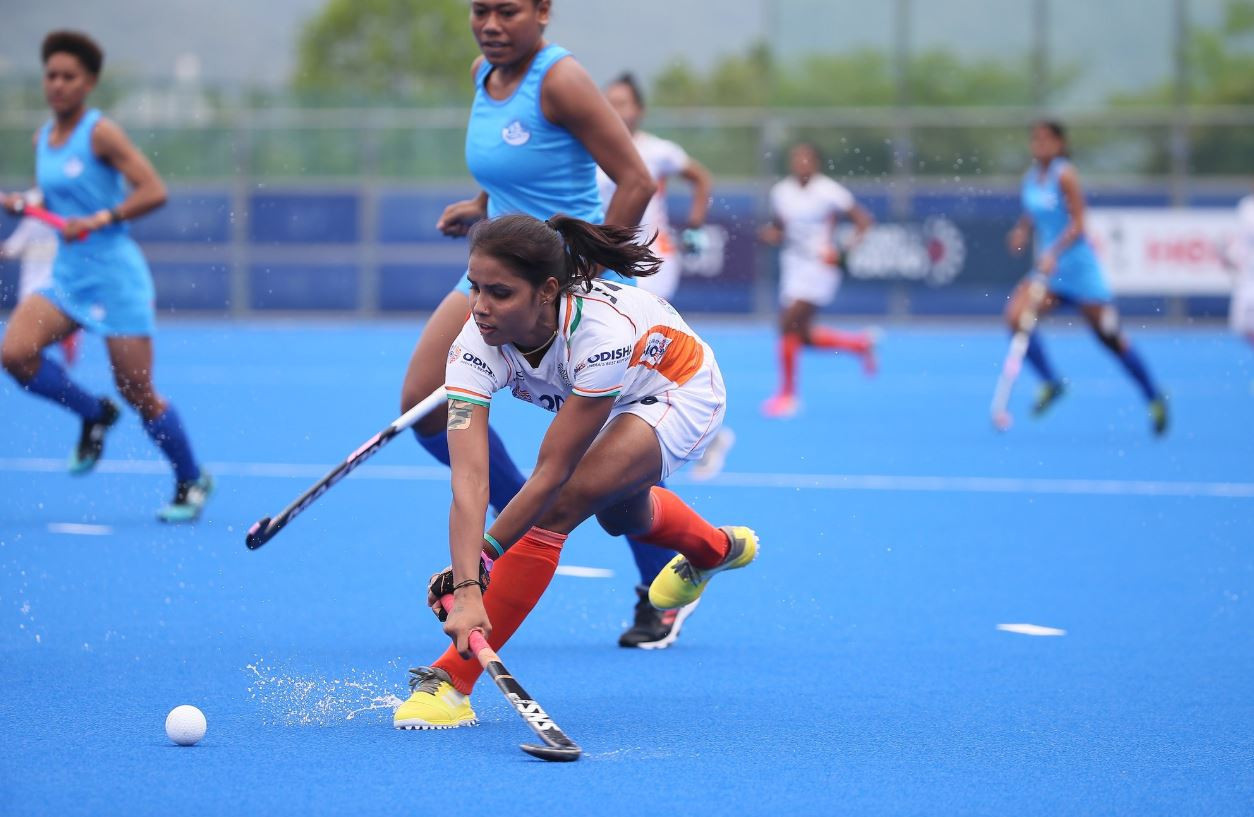 Gurjit Kaur scored from four penalty corners as India earned a third consecutive victory to qualify for the semi-finals of the International Hockey Federation Women's Series Finals in Hiroshima, Japan.

India had defeated Uruguay and Poland in their opening matches and followed up today with an impressive 11-0 victory against Fiji at the Hiroshima Regional Park.

Dominant from the off, India opened the scoring in the fourth minute when Lalremsiami's cross-field ball was deflected into the goal by a Fijian defender.

Captain Rani Rampal doubled the lead before Monika Malik made it 3-0 after just 11 minutes.

Moments later Vandana Karariya added a fourth before Kaur struck from a penalty corner to put the world number nine ranked side 5-0 up at the end of the first period.

#FIHSeriesFinals #FIHSeriesFinalsHiroshima @TheHockeyIndia team captain Rani: " it is amazing that we are in the semi finals, our team really played really consistently (...) Especially today we have so much respect for Fiji who fought as much as they could"#RoadToTokyo pic.twitter.com/7tCJNrFM8P

Malik grabbed her second early in the third quarter before Lilima Minz and Navneet Kaur completed the rout to seal top spot in Pool A and a safe passage through to Saturday's (June 22) semi-finals.

Poland finished second in the pool after playing out a goalless draw with Uruguay as both sides qualified for the crossover matches on four points apiece.

Hosts Japan will have to contest the crossover matches on Thursday (June 20) despite earning a 6-0 victory against Mexico.

Yuri Nagai and Kanon Mori put the Japanese 2-0 up inside nine minutes and an Akiko Yamashita brace put the hosts into a commanding half-time lead at 4-0.

Izuki Tanaka and Kana Urata finished the job but Japan finish the group in third place behind Russia and Chile with all three teams tied on six points.

Russia claimed top spot in the group with a 5-2 victory against Chile, with their head-to-head record earning them a place in the last four.