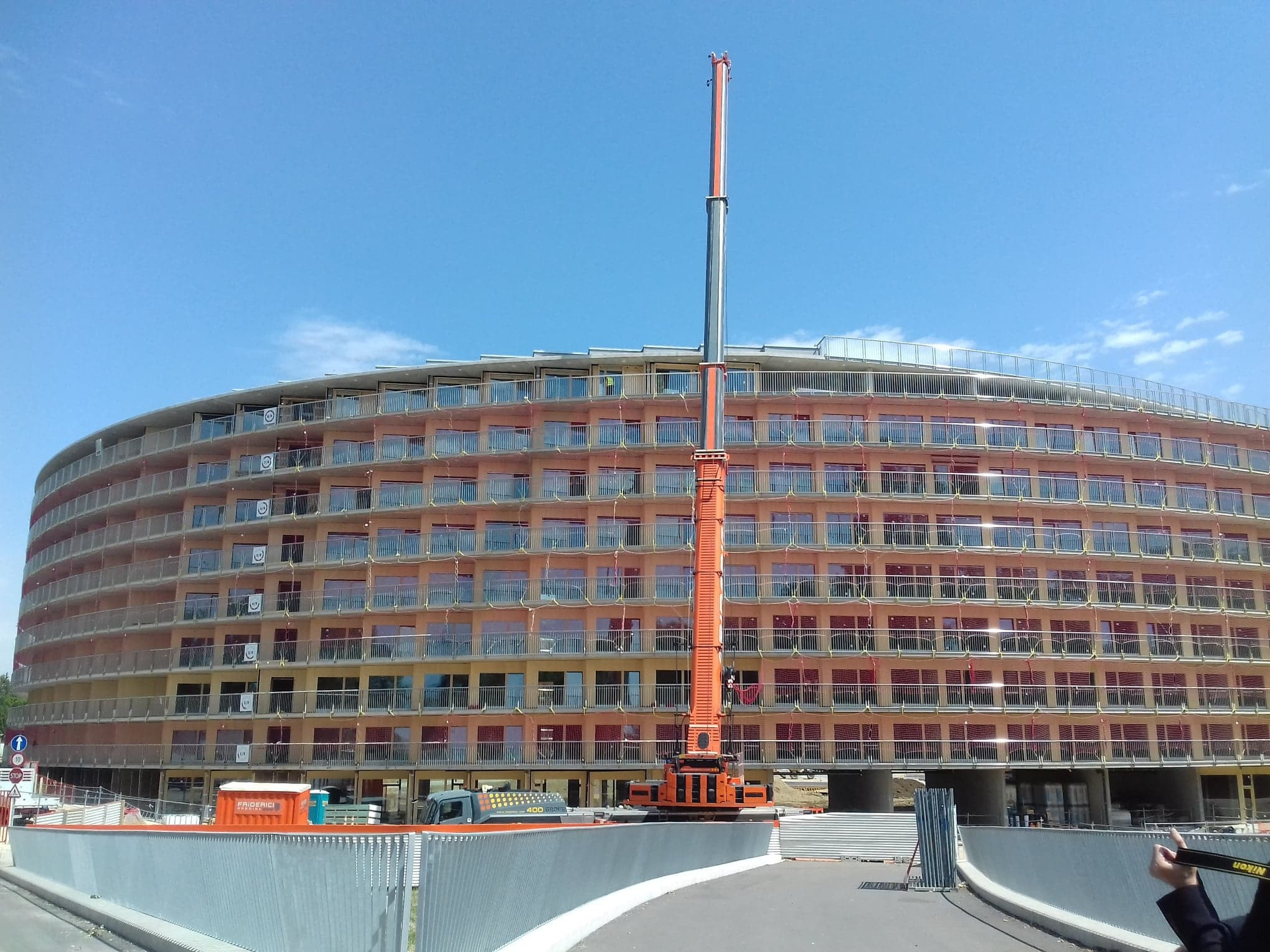 Lausanne 2020 are pleased with the progress of the "Vortex" Youth Olympic Village before its expected completion in October.

The ring-shaped building will house athletes during the Winter Youth Olympic Games in January in the Olympic capital.

The Vortex features nine floors with a single pathway able to take residents from the top to the bottom of the complex.

Six lifts and stairs have also been installed.

The tallest point of the building is 27 metres, while it has a circumference of 430m and an inner courtyard.

The building will be rented by Lausanne 2020 for the Games, before being handed over to the University of Lausanne for student accommodation.

"This is something that has been desperately looked for in Lausanne for students," said Ian Logan, the Lausanne 2020 chief executive here.

"The business model is fully calculated for the next 30 years and everyone has a business plan.

"We will rent it from October 31 and we will give it back on March 31.

"The building will then be given to the university."

Rooms will be fully equipped before Christmas, with the Games set to take place the following month.

Two athletes are expected to share each room at the Games, with 1,880 competitors due to reside in 952 rooms or apartments.

Athletes will arrive in two waves, with the first featuring those competing in the first half of the Games.

They will attend the Opening Ceremony and leave the Village after their competition has concluded.

Rooms will then be cleaned before the second wave arrives, consisting of athletes whose events are scheduled for the second week.

Following the Games, the Vortex will be used as accommodation for 700 students.

The University of Lausanne campus houses the Swiss Federal Institute of Technology Lausanne, the Swiss Institute of Comparative Law and the International Academy of Sport Science and Technology.

While the majority of athletes will be based at the campus during the Youth Olympics, around 300 competitors and officials will have separate accommodation at St Moritz.

St Moritz will serve as the competition venue for speed skating, bobsleigh, skeleton and luge at the Games.