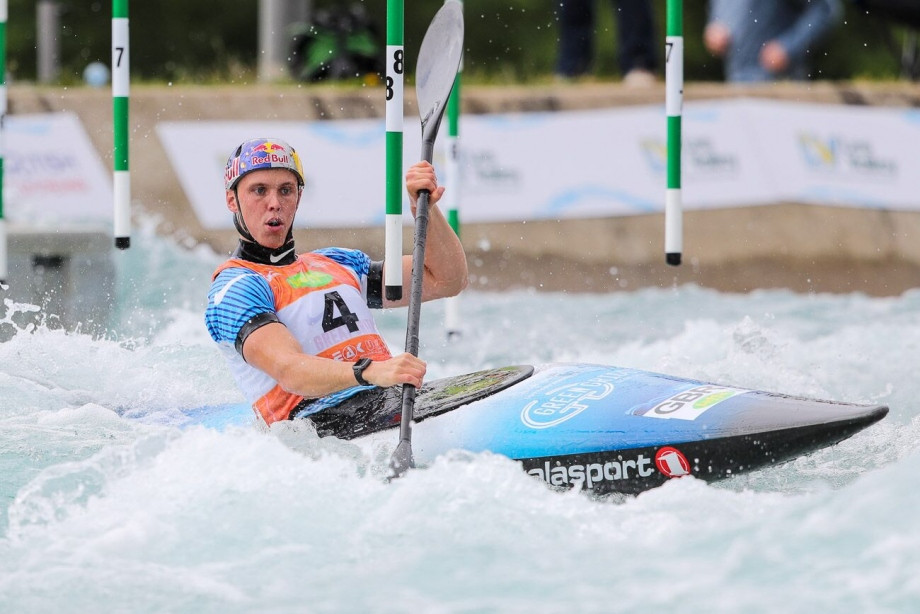 Clarke responded with a time of 1min 23.55 sec after British team mate Bradley Forbes-Cryans had clocked 1:24.22 at the venue constructed to host the canoe slalom events at the London 2012 Olympic Games.

Several countries are using the event as part of their selection process for the Tokyo 2020 Olympics, forcing many athletes to keep a closer eye on their own team mates than their opponents.

"I did have a few butterflies, especially after the British boys were going so fast as this is one of our Tokyo trials," Clarke said.

"But it brings out the best in me.

"Performing under pressure is so important in this sport and I did that today, so I’m very happy with my performance."

Double world champion Jessica Fox provided some anxious moments when she smashed into a bollard during women's K1 qualifying, but then returned with her left ankle strapped in the afternoon to qualify fastest for the C1 semi-finals.

The Australian picked up from where she left off after her record-breaking 2018 season, whizzing down the course where she won Olympic silver as a teenager in 2012 in 1:42.09.

She was 5.11 seconds quicker than Brazil’s Ana Sátila with France’s Lucie Baudu 7.60 seconds off the pace in third.

Fox still managed to qualify 14th fastest in the K1, which saw Britain's Kimberley Woods post the best time of 1:38.30.

It put her 0.92 seconds ahead of nearest challenger Ricarda Funk of Germany and 2.30 seconds clear of third-placed Italian Stefanie Horn.

France's Martin Thomas was fastest in the men’s C1, clocking a time of 1:30.89 to pip home favourite and Beijing 2008 Olympic silver medallist David Florence by 0.57 seconds.

The opening ICF Canoe Slalom World Cup of 2019 is due to continue tomorrow.

Semi-finals and finals will take place in the men’s C1 and women’s K1, and there will also be finals in extreme slalom.