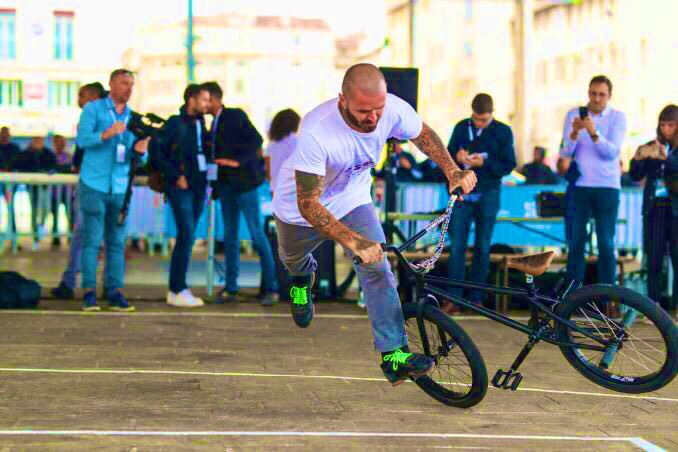 The International Olympic Committee (IOC) Coordination Commission for Paris 2024 were treated to a display of five urban sports set to feature at the Games.

The Commission members assembled at the L’Ombrière de Norman Foster at Vieux Port here to watch displays of breakdancing, 3x3 basketball and skateboarding.

Pierre-Olivier Beckers-Vieujant, chair of the IOC Coordination Commission was present along with Paris 2024 President Tony Estanguet.

Members of the public were then invited to take part in taster sessions of each sport, while the Commission moved on to the J4 Esplanade at the Mucem Museum.

There they watched a sport climbing display, with the athletes using a wall installed over the Mediterranean Sea for the occasion.

Of the sports, breakdancing, sport climbing and skateboarding were proposed for provisional inclusion on the Paris 2024 programme by the IOC Executive Board in March, alongside surfing.

It is hoped that the selection would make the Olympics "more youthful and more urban," claimed IOC President Thomas Bach.

This ambition was reflected throughout the demonstrations, with a DJ playing loud music and encouraging the crowd to show their support for the performers.

Breakdancing would be making its Olympic debut at Paris 2024, while sport climbing, skateboarding and 3x3 basketball set appear for the first time in Tokyo next year.

The four sports are due to be presented to the IOC Session next month, with a final approval coming in December 2020 from the IOC Executive Board.

The Commission's second visit for Paris 2024 was relocated to Marseille due to its status as a host venue for the sailing event.

A number of the men and women's football matches are also scheduled to take place in the city.

Before today's demonstration began, members visited the Olympic Marina and the Velodrome Stadium to see how preparations were getting on.

The Commission's two-day visit is scheduled to conclude tomorrow.