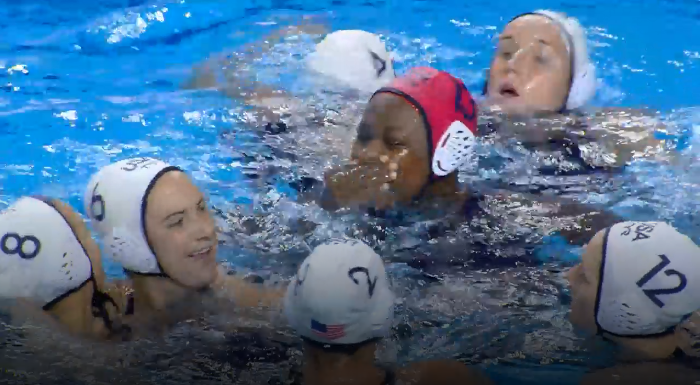 The United States won their 13th International Swimming Federation Women's Water Polo World League Super Final and qualified for the 2020 Olympics in Tokyo after a gripping 10-9 victory over Italy in Budapest tonight.

Italy were largely unheralded before the start of the tournament, but came out of the traps quickly at the Danube Arena and took a 2-0 lead through an Arianna Garibotti penalty and a Chiara Tabani goal after she showed great strength to hold off a defender.

The US, however, showed why they have won this title on 12 of the last 15 occasions as they pulled level to 2-2 by the end of the first-quarter with goals from Stephanie Haralabidis and Rachel Fattal.

Kiley Neushul put the US ahead for the first time in the second-quarter with a scrappy finish, but the Italians have proved time and again at the Danube Arena that they have attacking firepower and they levelled thanks to Garibotti's second.

Italy led 4-3 at half time thanks to an uncharacteristic error from American goalkeeper Ashleigh Johnson; she was slow coming out to gather a loose ball, allowing Valeria Palmeri to slip her defender, grab the ball and flick it into the corner of the goal.

Stung, US retook the lead in the third-quarter with a double from Makenzie Fischer, either side of a missed penalty from Roberta Bianconi, crashed off Johnson's right hand post.

The two teams - worthy finalists with 100 per cent records from their five opening matches - continued to exchange goals, with US leading 7-6 going into the final quarter.

In the final-quarter Fischer proved to be the star for the US, scoring again to take her individual tally to four from as many shots with a penalty early on to give her side a two-goal cushion, keeping the dauntless Italians at arms length.

With 30 seconds to go, Izabella Chiappini finished off a good team move to make it 10-9, leading to the US calling a timeout as they looked to hang on to their Tokyo 2020 qualfying spot.

This they managed, despite Italy calling their own tactical time out with three seconds to play - they had one more long range shot which flew over, meaning the Super Final title once again belong to America.

Australia earned fifth place by beating hosts Hungary 12-7, while China were consigned to the wooden spoon after losing 13-10 to Canada.