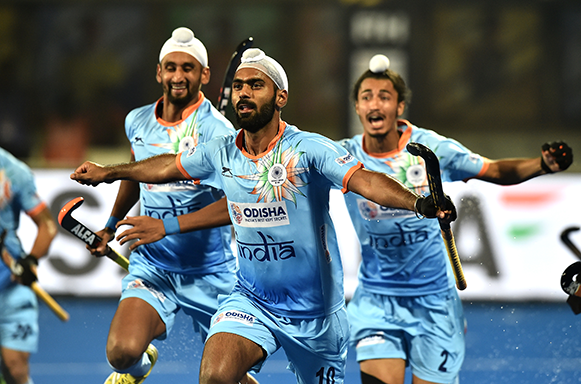 Number five in the world, India will be aiming to delight the home support at Kalinga Stadium, the venue used for last year's men's World Cup.

Finishing in the top two of the eight teams competing will see the hosts secure a place at one of seven Olympic qualifiers taking place later this year.

India hold the record for the most Olympic men's hockey gold medals and will be seeking their ninth at Tokyo 2020.

"Our focus for the tournament will be consistency of performance," said India head coach Graham Reid.

"To achieve this, we will need to respect every opposition and give our 100 per cent every quarter, each half, each game.

"Our goal will be to be the best team we can be.”

They will compete in Pool A against Russia, Poland and Uzbekistan, while Pool B will be contested between South Africa, Japan, US and Mexico.

As hosts of the upcoming Olympics, Japan have already automatically qualified for the Games.

If they finish in the top two, the team that finishes third does not automatically progress to the Olympic qualifiers.

An additional place would be determined by the FIH world rankings at the conclusion of the continental Championships in September.

The winner of each pool will qualify for the semi-finals, while the teams finishing second and third will play crossover matches with the victor reaching the semis.

The event in Bhubaneswar is one of three men's Series Finals taking place.

India had to provide written guarantees that all competing nations at the competition in would have "no issues whatsoever" when entering the country.

This came after Pakistan's team were denied visas for a Shooting World Cup in New Delhi earlier this year.