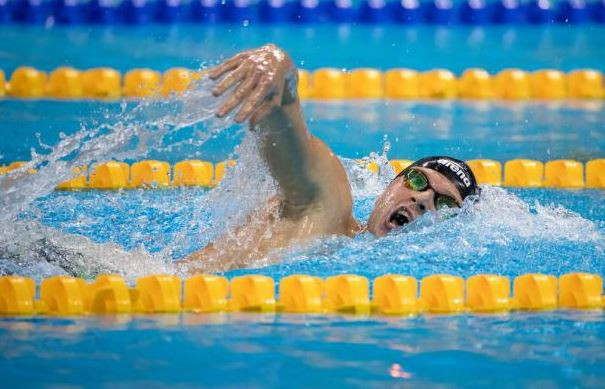 Stefano Raimondi and Ihar Boki are set to renew their rivalry as the World Para Swimming World Series season comes to a close in Berlin, Germany.

Italian Raimondi took the gold medal in the men's 100 metres butterfly at the penultimate series event in Lignano Sabbiadoro, Italy, and with the heats getting under way on the first day of competition tomorrow, it ensures a quick start to the four-day meet.

Boki, a multiple Paralympic champion from Belarus, made amends for his second place by winning the men’s 400m freestyle title.

He appears to be hitting form at the right time and will bid for three golds in Berlin, having also picked up a silver medal in the 100m backstroke.

Germany finished second in the medal table as Italy stole the show in Lignano Sabbiadoro and will bid to close the series with home success of their own.

The 50m butterfly events offer Germany's best hopes of victory with 2018 European champion Denise Grahl lining up in the women's heats on Sunday.

Two-times world champion Simone Barlaam led an Italian sweep of 16 gold medals and it is expected the Italians they will feature at the upper end of the medal board on Sunday (June 9).

Barlaam secured a gold medal in the men's 100m backstroke.

Britain's Alice Tai collected four titles in Italy and is likely to figure in the medal shake-up this weekend.

She will have a busy first day as she tackles the heats of the 200m freestyle, 200m backstroke and 100m butterfly.

The 2019 World Series welcomed Singapore and Australia as the competition expanded, making it the largest since its inception in 2017.