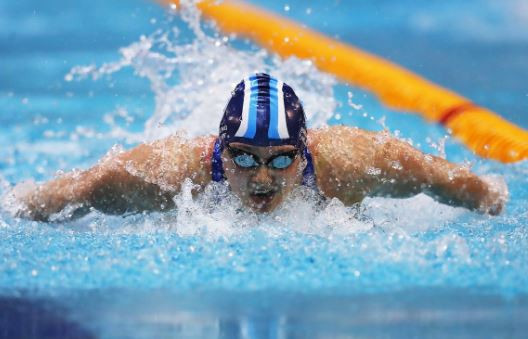 Britain’s Alice Tai claimed her fourth title of the weekend in the women’s 100 metres butterfly on the final day of the World Para Swimming World Series meeting in Ligano Sabbiadoro.

It was a day of celebration for the Italian hosts, however, as they finished well clear at the top of the medals table.

After qualifying in first in the morning session, Tai improved on her performance with a time of 1min09.35sec in the mixed-class final, which secured her 954 points.

Italian swimmer Carlotta Gilli finished only nine points behind her on 946, while her compatriot Alessia Berra completed the podium on 873 points.

The result rounded off an outstanding weekend for Tai, who sealed the 100m freestyle title on Thursday, claimed the 100m backstroke crown on Friday and headed a British one-two in the 50m freestyle yesterday.

Home swimmer Stefano Raimondi denied Ihar Boki a second successive gold by two points in the men’s 100m butterfly, the S10 swimmer racking up 995 for his time of 55.52sec, with the Belarus S13 swimmer totalling 993 for a time of 53.93.

Gold in the women’s 50m butterfly went to Russia’s Anastasia Diodorova, whose time of 39.85sec secured her 804 points.