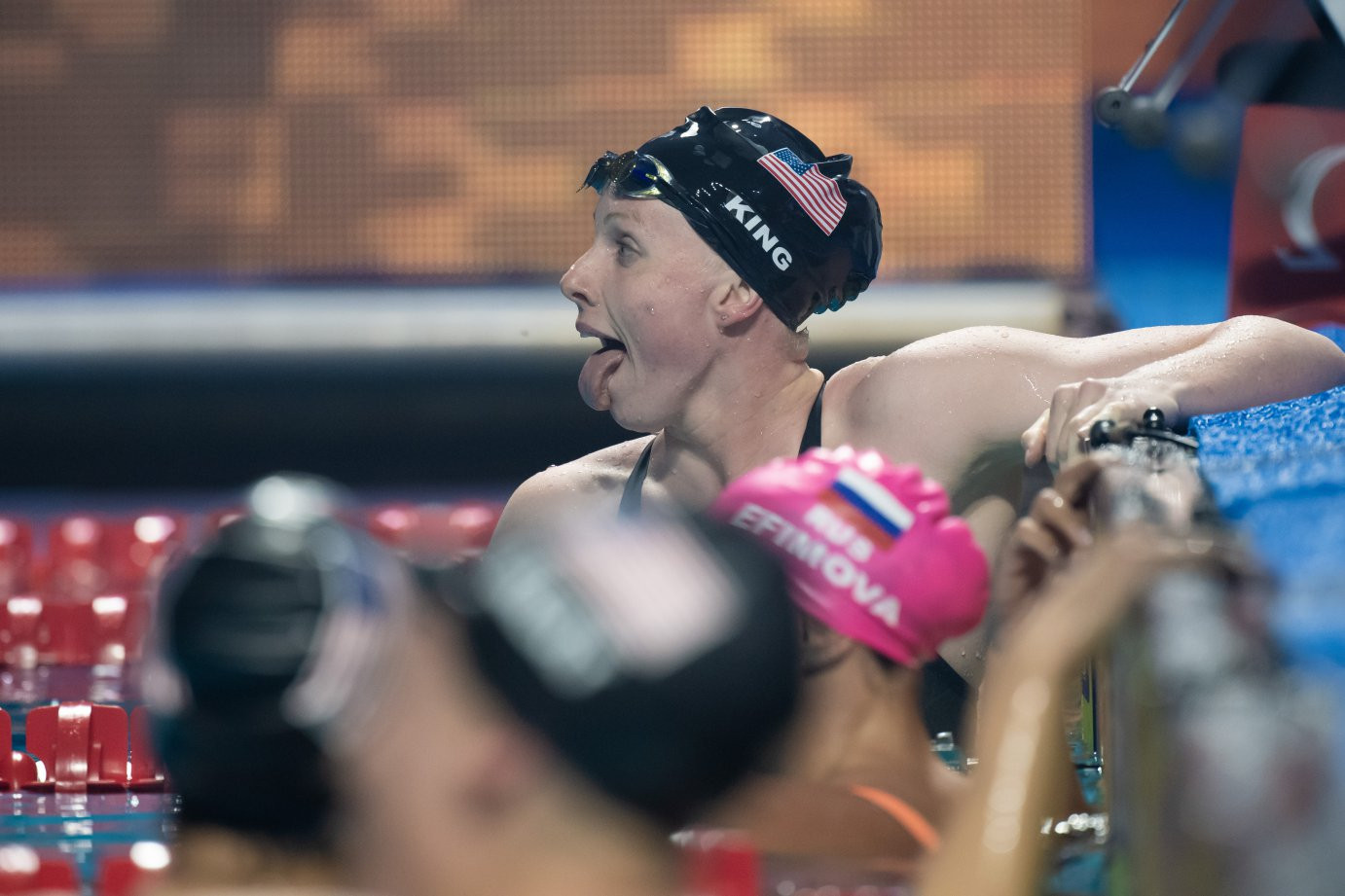 King, who won the Olympic 100 and 200 metres breaststroke gold medals, triumphed in the latter event at Indiana University Natatorium – the pool at which she has been swimming since she was 10 – in 2min 21.39sec, the fastest of the Series.

Efimova finished 0.20sec behind, with Michal Sumrail of the United States third, 2.49sec behind King on the first of two scheduled days of racing.

King later earned another win over the Russian in the 50 metres breaststroke, clocking 29.63sec, the fastest time of the year, and finishing 0.30sec clear.

There is bad blood between King and Efimova – at the Rio Games, King objected to the Russian, who had previously served a 16-month doping ban, raising her finger in triumph after winning her 100m breaststroke semi-finals.

After winning her own semi-final in the fastest time of the day, King told NBC broadcasting: “You wave your finger number one and you’ve been caught drug cheating?

The FINA series was introduced this year to give elite swimmers increased attention and additional opportunities to compete following controversy last year after they blocked the launch of the multi-million dollar International Swimming League.

The competition format sees only finals of four swimmers for each discipline, with no fewer than 30 finals spread across two days of competition.

Along with innovative presentation, the event seeks to showcase individual swimmers in a new way, and offers prize money, with $10,000 (£7900/€9000) on offer to winners of each race.

The meeting at Indianapolis follows earlier events in Guangzhou, China, from April 27 to 28, and Budapest, from May 11 to 12 – all take place in short course 50m pools.

All the Series meetings serve as qualifying events for both the 2019 FINA World Championships in Gwangju and the Tokyo 2020 Olympic Games.

In the women's 200m backstroke, Italy’s Margherita Panziera, the world's fastest-ranked swimmer in this event in 2019 edged out Katinka Hosszu – triple Olympic champion and former International Swimming League poster girl – by a slim margin of 0.30sec.

Sarah Sjostrom of Sweden completed a hat-trick of Series wins in the women’s 100m butterfly, easily holding off home swimmer Kelsi Dahlia to finish in 56.42sec.

Russia’s Vladimir Morozov produced the fifth-fastest time of the year to win the 50m freestyle in 21.65sec, beating Michael Andrew of the United States  by 0.21sec.