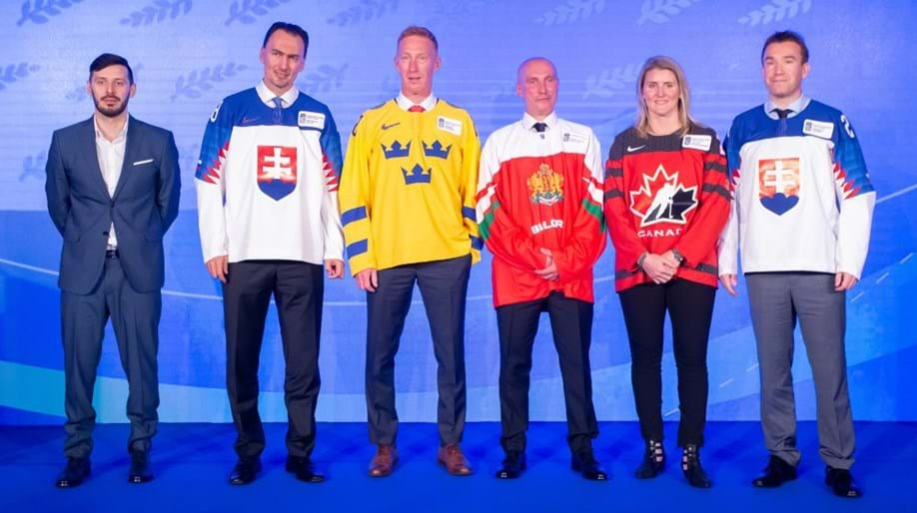 Eight new members have been added to the International Ice Hockey Federation (IIHF) Hall of Fame following a ceremony in Slovakia’s capital Bratislava.

As a prelude to the IIHF World Championship medal games, which saw Finland beat Canada to gold and Russia defeat Czech Republic in the battle for bronze, the class of 2019 was recognised for its dedication to the game.

In keeping with tradition at IIHF Hall of Fame inductions, the focus was on stars from the host country with two players who lifted the newly-independent Slovakia from the lowest level of international ice hockey to a World Championship gold medal in 2002, Miroslav Šatan and Žigmund Pálffy, recognised.

For Pálffy, a Skalica native, the defining moment of his career came in that 2002 gold medal game.

A pass for Peter Bondra with less than two minutes left on the clock set up the title-winning goal against Russia.

The three-time Olympian reflected on being part of his country’s first-ever national team in hockey.

"The biggest moment of my career was probably playing for the first-ever Slovak national team in the Olympic qualifications, and the Winter Olympics," Pálffy said.

"Of course, I’d also played before that for Czechoslovakia.

"Then all the times representing Slovakia, winning medals and of course the gold medal in 2002.

"My childhood dream came true and hockey was always a great pleasure for me."

Šatan, whose long career saw him begin as a 19-year-old with Slovakia in Pool C in 1994 before winning the World Championship and a Stanley Cup in 2009, recalled his start in the small town of Topoľčany.

"We had one chance to be a hockey player," he said.

"You had to make it at the age of six or seven, you had to get into that group of 25 boys who were allowed to play hockey because there wasn’t enough ice time for everybody else.

"That was the first time I was lucky to make it."

Among the other inductees was Canada's Hayley Wickenheiser, who is arguably the greatest woman to have ever played the game.

She was the first woman to score in a professional men’s league, with HC Salamat in Finland, and she continues to be a great ambassador for women’s hockey in her current role as assistant director of player development with the Toronto Maple Leafs.

Another long-serving international star inducted was Sweden’s Jörgen Jönsson, who enjoyed a 15-year international career with the Tre Kronor, making 285 appearances in his country’s yellow jersey.

Jönsson and his brother Kenny helped Sweden to a unique golden double in 2006, when the nation won at both the Olympics and the World Championship in the same year.

Recognition for USA Hockey stalwart Jim Johannson, winner of this year’s Paul Loicq Award - presented annually to honour a person who has made "outstanding contributions to the IIHF and international ice hockey", was a celebration tinged with sadness.

Universally known as "JJ" throughout the game and widely respected and admired, his work as assistant executive director saw him develop the American junior programme and turn the country’s under-18s into a dominant force in that age group.

He died last year at the age of just 53 with wife Abby and young daughter Ellie present at the ceremony in Bratislava.

Another inductee from the United States was Mike Modano, who was unable to attend the ceremony as he prepares to move to a new role with Minnesota Wild.

Modano’s career brought him Olympic silver in 2002 and Stanley Cup glory in 1999 but was indelibly associated with his uniquely smooth skating style.

He was also instrumental in expanding the game into the southern part of the US, playing a key role when the Minnesota North Stars moved from Minnesota to Dallas.

Kazakhstan, recently promoted back to the top division, gained its first representative in the IIHF Hall of Fame with the induction of the late Boris Alexandrov, a former Soviet international who was a key figure in the development of Kazakh ice hockey following the break-up of the USSR, serving his homeland as player and coach.