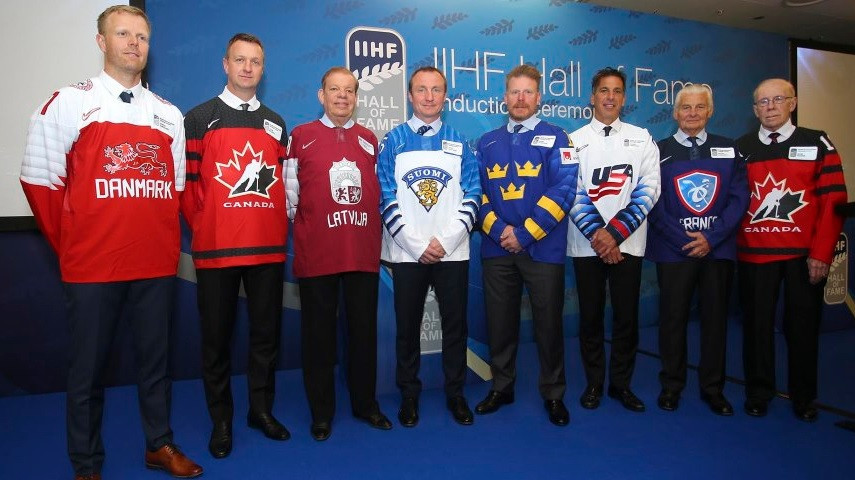 The International Ice Hockey Federation (IIHF) have announced the latest names to have been inducted into their Hall of Fame.

The first name to be inducted was Finland's Jere Lehtinen, who represented his country at five Olympics and four World Championships, helping them win gold in 1995.

The 44-year-old also helped lead the Dallas Stars to a Stanley Cup triumph in 1999.

"Whenever Jere was on the ice, things were under control," he said.

"If a player was playing poorly, put him on Jere's line and that player would come right back."

Lehtinen is joined in the Hall of Fame by France's Philippe Lacarriere.

Lacarriere was captain of his national team from 1965 to 1967 and was head of the ice hockey competition at the 1992 Winter Olympic Games in Albertville.

Additionally, he served on the IIHF's Disciplinary Committee from 1990 to 1994.

Lacarriere's induction means he and father Jacques are the only father and son pairing in the Hall of Fame.

Chris Chelios, whose career spanned the best part of three decades from 1981 to 2010, was also inducted into the Hall of Fame.

Chelios was a member of the United States team that shocked neighbours Canada to win the 1996 World Cup of Hockey, one of the greatest achievements in the team's history.

Lipmans is credited with overseeing the construction of many new ice hockey facilities in Latvia, which has helped to develop the sport in the country.

Canada's Rob Blake was also inducted following a career which has seen him win gold medals at both the Olympics and the World Championships.

He also helped Colorado Avalanche win the Stanley Cup in 2001.

"I was fortunate to play in a number of World Championships and Olympics," he said.

"One of the greatest experiences was the first Olympics in Nagano, Japan in 1998.

"I think the decision that Hockey Canada made to have us stay in the Olympic Village was one of the best ideas to come about.

"For us to experience the other athletes, their training and preparation was a tremendous honour."

He officiated at the Sapporo 1972 Olympics and was part of the IIHF's Rules and Referee Committee as well as a supervisor for the National Hockey League.

Denmark's Jesper Damgaard and Sweden's Daniel Alfredsson were the final two players to be inducted into the Hall of Fame.

Damgaard was honoured after playing in 17 consecutive World Championships whilst Alfredsson was recognised for playing in five Olympic Games, helping Sweden to gold at Turin 2006.