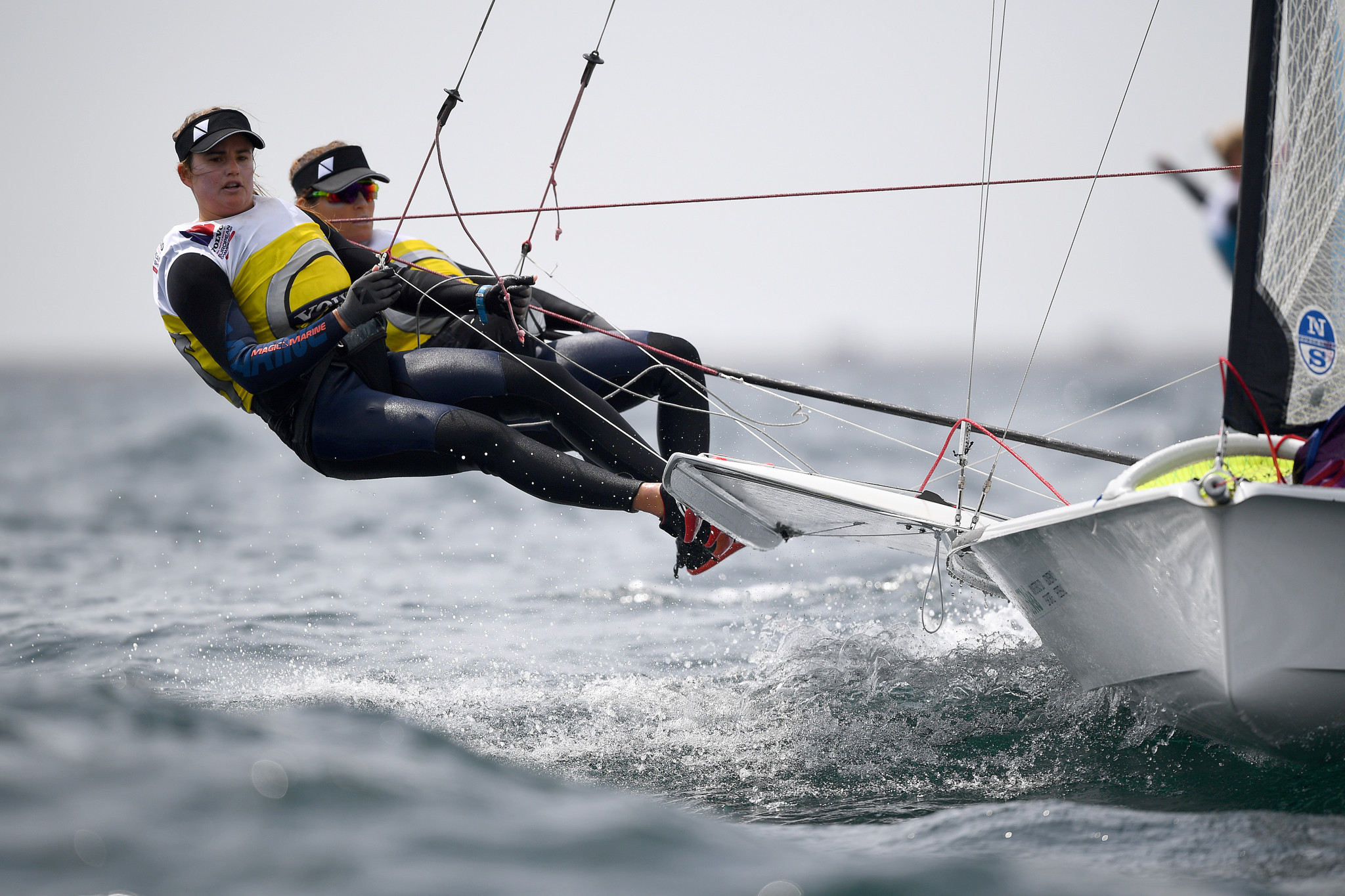 Olympic champions Martine Grael and Kahena Kunze sealed the gold medal on the final day of the 49erFX European Championships in England.

The Brazilian duo had controlled the competition throughout and finished 10th in the medal race to secure top spot at Weymouth and Portland National Sailing Academy.

Grael and Kunze finished on a net points total of 76, three ahead of reigning world champions Annemiek Bekkering and Annette Duetz of the Netherlands.

Norway's Helene Næss and Marie Ronningen crept up into third place and took bronze on 83 points.

Britain enjoyed a successful ending to the 49er and Nacra17 World Championships as the nation claimed a one-two in both events.

Ben Saxton, world champion in 2017, and partner Nicola Boniface won the medal race to secure the Nacra17 crown in style.

The British pair ended the competition six points clear of compatriots John Gimson and Anna Burnet, who took silver thanks to a third-place result in the medal race.

The winds were not strong enough for the medal race to be held in the 49er, which meant Dylan Fletcher and Stuart Bithell were crowned European champions ahead of team-mates James Peters and Fynn Sterritt.