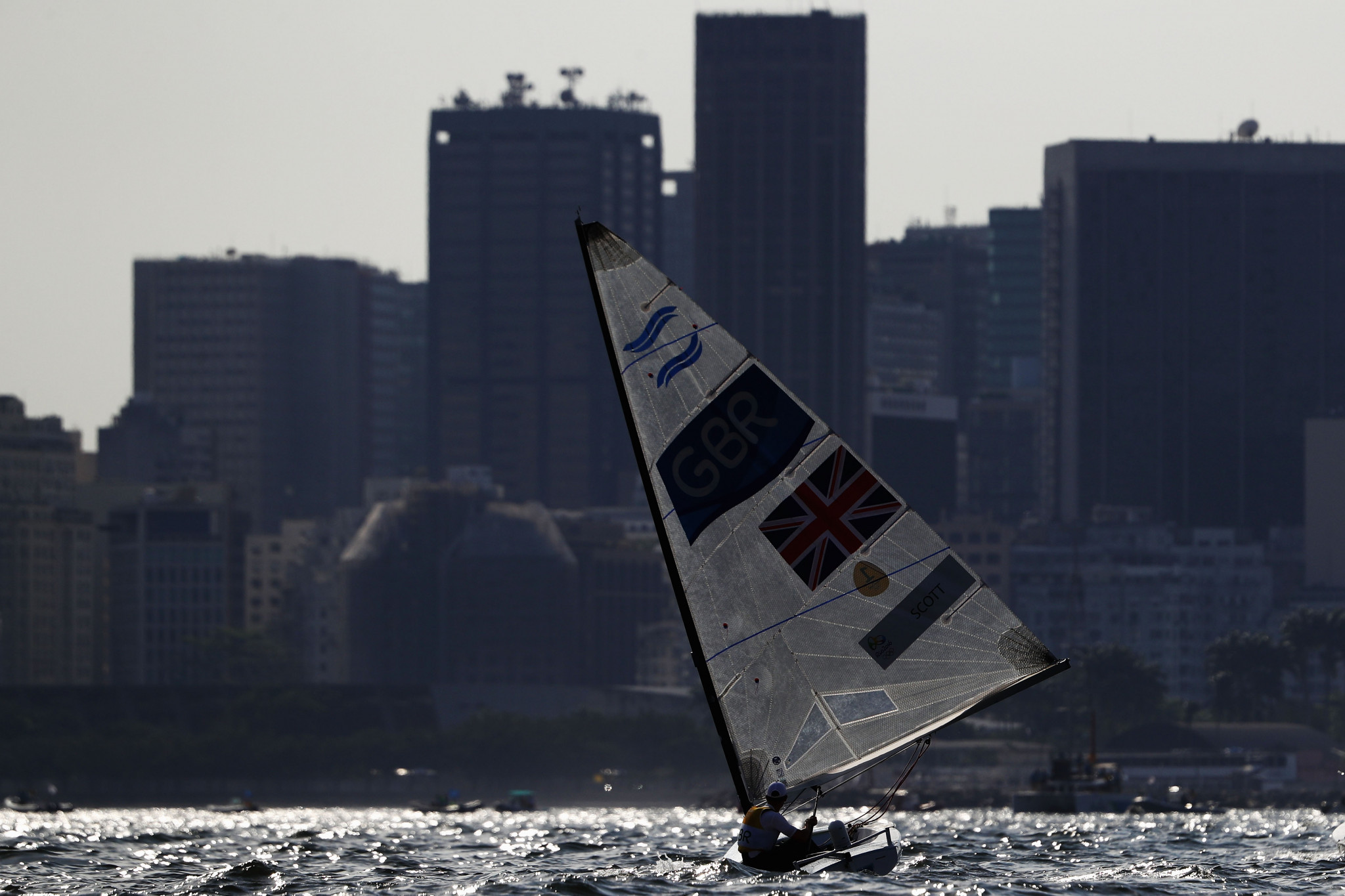 Scott headed into the final day with a 15-point lead over world champion Zsombor Berecz of Hungary, with yesterday’s racing having been abandoned.

The British sailor placed 10th in the double point medal race, ending one place behind Berecz.

Scott sealed the title on 48 points, with New Zealand’s Andy Maloney ending second on 52 after winning the final race.

Berecz won the European Championship silver medal on 61 points, with the Netherlands’ Nicholas Heiner third on 97.

Olympic champions Martine Grael and Kahena Kunze remain in control of the 49erFX event at the European Championships at Weymouth in England.

The Brazilian duo had a mixed penultimate day of the Championships, with 11th and 21st place finishes.

The latter score was discarded from their total score to date, leaving the pairing heading into tomorrow’s medal race on 56 points.

Their advantage would grow from 14 to 19 points, as world champions Annemiek Bekkering and Annette Duetz of the Netherlands faltered.

Bekkering and Duetz placed 11th in the second race of the day, having seen a 23rd place discarded from the opening race.

The discard saw an earlier high score of 17 added to their total, which saw them move to 75 points.

The pair hold a six-point advantage over Sweden’s Vilma Bobeck and Malin Tengström in the battle for the European title, which will be decided in tomorrow’s medal race.

New Zealand’s Peter Burling and Blair Tuke remain in the lead in the men’s 49er class heading into the final day.

The duo have 63 points, with Britain’s Dylan Fletcher and Stuart Bithell lying second on 80 points.

They have a narrow one-point cushion over Spain’s Diego Botin and Iago Lopez heading into the medal race.

The Nacra 17 competition is led by Italy’s Ruggero Tita and Caterina Banti, who have 44 points to their names.