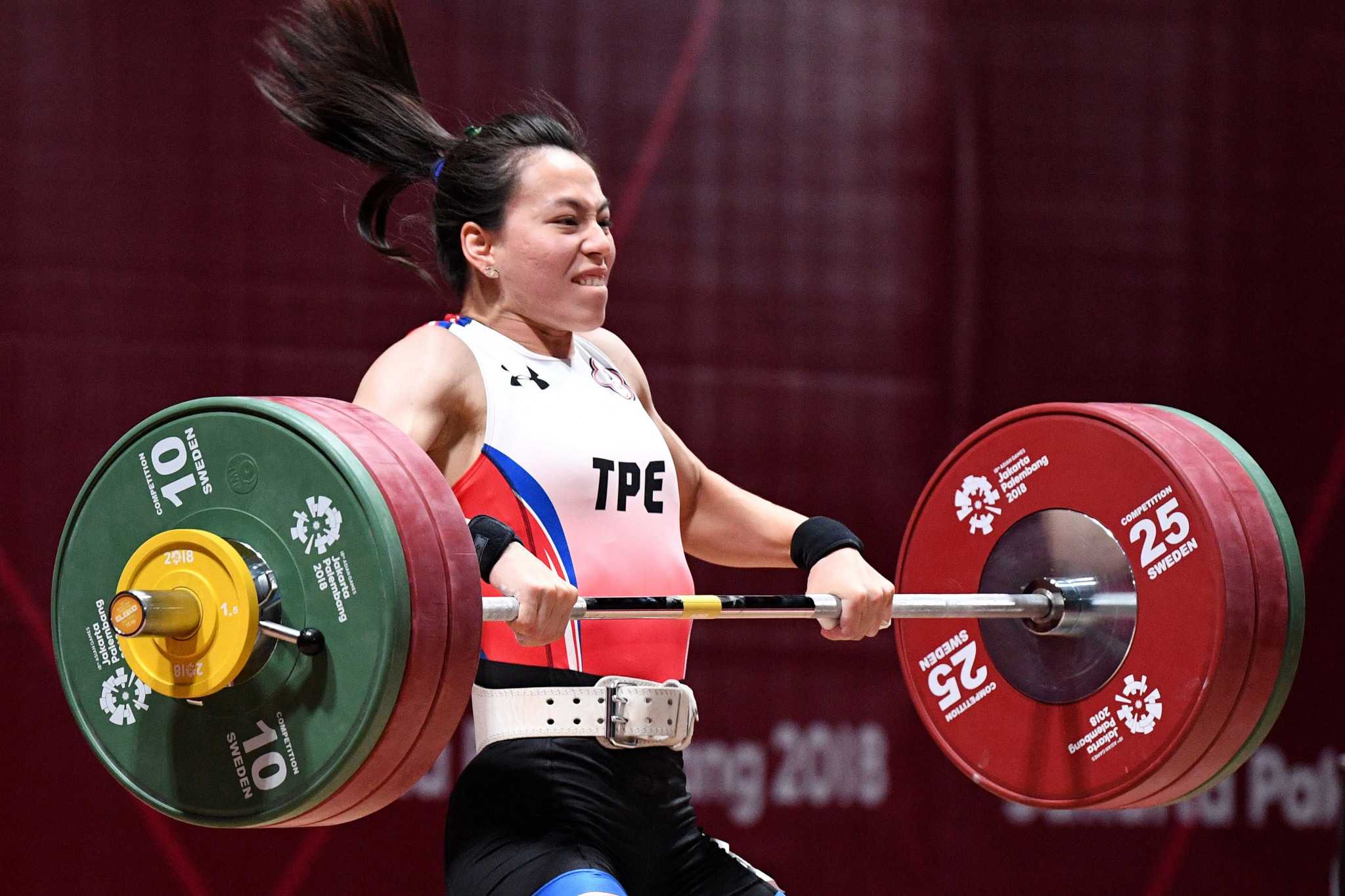 The three-time world gold medallist managed 106kg in the snatch and 137kg in the clean and jerk for a total of 243kg at Ningbo Youngor Gymnasium.

That figure broke the 237kg world record she had set last year.

Kuo also held the previous global mark of 105kg in the snatch, achieved at the 2018 World Championships in Turkmenistan's capital Ashgabat.

Her best clean and jerk lift today bettered the 136kg set by China's Chen Guiming in 2018.

Chen was today's runner-up with 233kg, comprising 102kg in the snatch and 131kg in the clean and jerk.

Japan's Mikiko Ando completed the top three with 225kg thanks to 97kg in the snatch and 128kg in the clean and jerk.

North Korea's Choe Jon-wi took the silver medal with 359kg after posting 162kg in the snatch and 197kg in the clean and jerk.

He had the chance to claim victory with the last lift of the session but was unable to pass the test of 202kg.

Rounding off the podium was Kazakhstan's Denis Ulanov with 356kg.

His total was made up of 160kg in the snatch and 196kg in the clean and jerk.

Action is due to continue tomorrow with medals being awarded in the men's 89kg and women's 64kg categories.