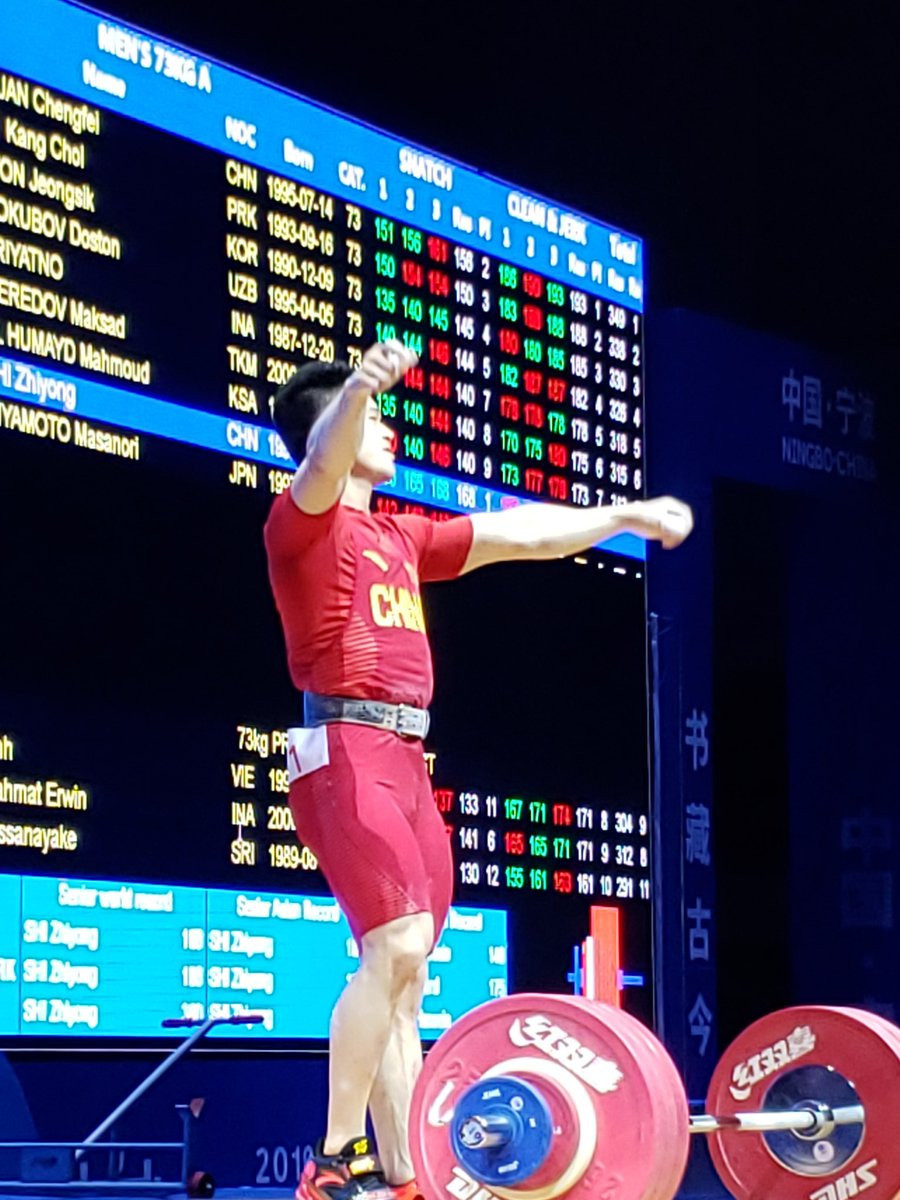 Rio 2016 Olympic gold medallist Shi Zhiyong broke two world records on his way to winning the men’s 73 kilograms title on a dominant day for hosts China at the Asian Weightlifting Championships in Ningbo.

Shi managed a total of 362kg to better his own world record of 360kg set at last year’s World Championships in Turkmenistan’s capital Ashgabat.

It came after he posted 168kg in the snatch, rewriting his own world record of 164kg set at Ashgabat, and 194kg with this third and final clean and jerk attempt following two failures at the Ningbo Youngor Gymnasium.

"I was confident to break the world records before I came here because I became stronger after my training in winter," Shi was reported as saying by China's official state news agency Xinhua.

"Maybe I was too confident and I was off guard in the jerk.

"What a thrill after I failed two attempts.

"Jerk is my advantage, but I've never expected that something was going wrong in this part.

"It gave me a lesson to be more cautious in the future."

There was also victory for China in the women's 55kg category as Liao Qiuyun came out on top with a total of 224kg.

She snatched 96kg and clean and jerked 128kg to break the world record by one kilogram.

The previous mark of 127kg was set by Olympic champion Sukanya Srisurat, who is among weightlifters from Thailand to have tested positive for banned drugs, at Ashgabat 2018.

The Philippines' Hidilyn Diaz was the women's 55kg silver medallist with 209kg, while Uzbekistan's Muattar Nabieva had to settle for the bronze with 204kg.

Action in Ningbo is due to continue tomorrow.

Medals will be awarded in the men's 81kg and women's 59kg categories.