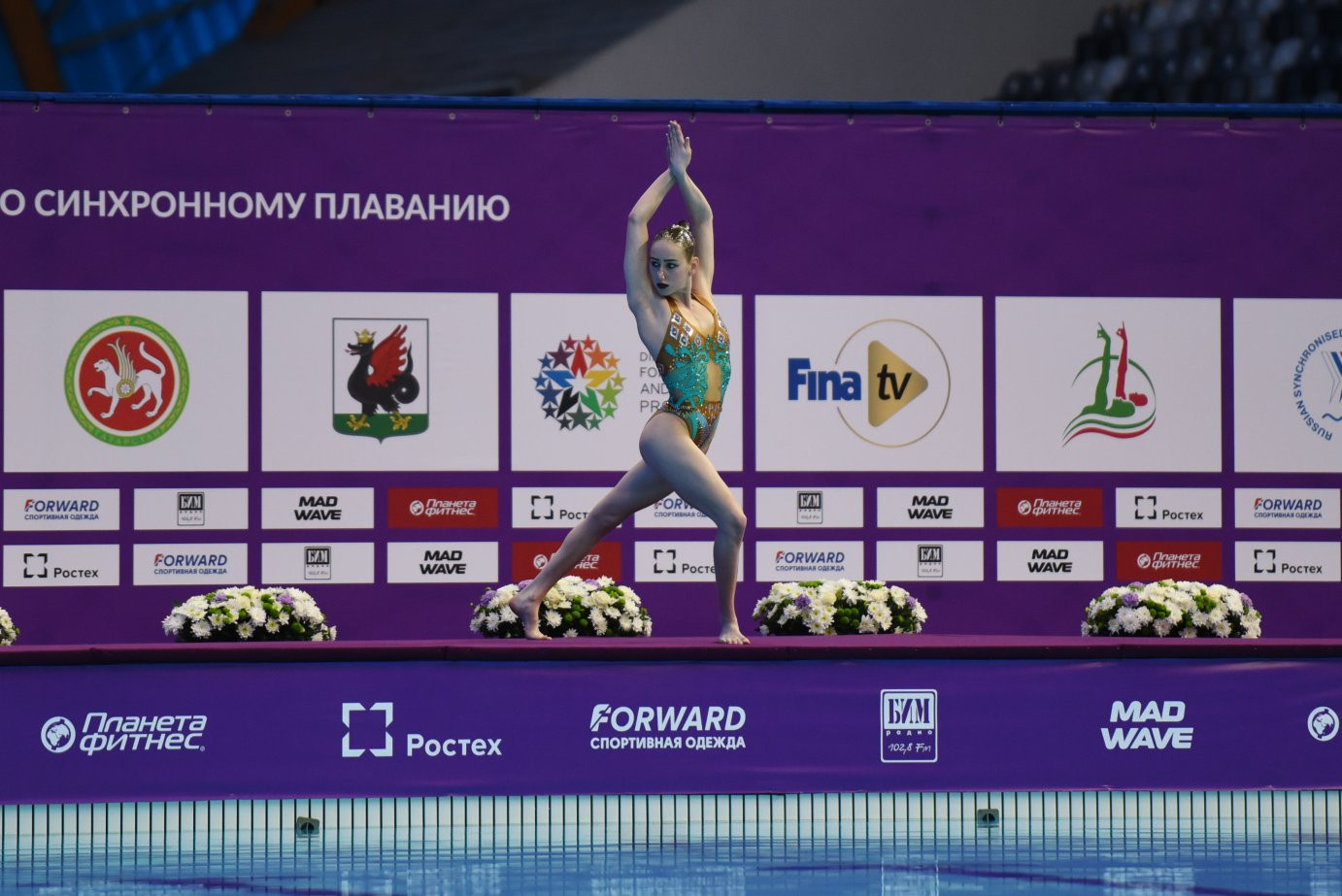 She triumphed in the solo technical with a season's best of 92.8144 points.

“Here, I swam with joy, I didn’t have to hold back," Kolesnichenko said.

"The audience was great, I really appreciate them.

Austria's Vasiliki Alexandri was second with 85.1902, while Alisa Ozhogina of Spain finished third on 83.7338.

Kolesnichenko was straight back into the pool after her first gold, competing in the duet technical with Svetlana Romashina.

The duo recorded the winning score of 96.1768, with their nearest opponents the Italian pair of Linda Cerruti and Constanza Ferro with 89.8612.

"I think it is great to have happened in Kazan, Russia, as my mother had a chance to be present and watch it with her own eyes," Romashina said.

In third were Austrian sisters Anna-Maria and Eirini Alexandri on 87.7417.

Even further behind were the third-placed Fernando Diaz del Rio and Beatriz Castano of Spain, who scored 74.3859.

Russia finished a successful day with gold in the team technical, blowing away their opponents with a season's best of 95.3411.

The competition is set to continue tomorrow.