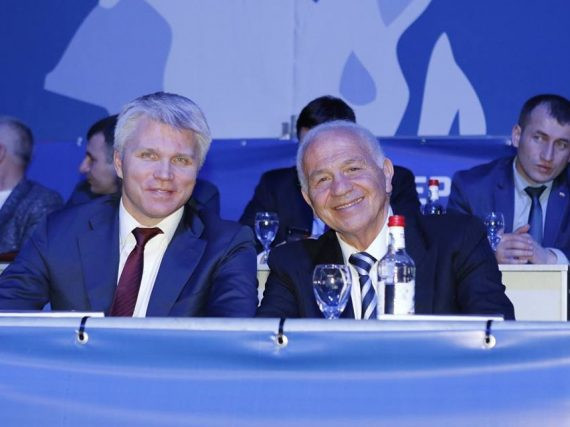 The International Boxing Association's (AIBA) precarious status as the Olympic governing body for the sport is among the headline topics set to be discussed during an extraordinary meeting of the European Boxing Confederation (EUBC) Executive Committee tomorrow.

The International Olympic Committee (IOC) inquiry into the embattled organisation – mainly triggered by the election of Gafur Rakhimov as President in November and which could lead to AIBA being stripped of the right to organise the boxing tournament at Tokyo 2020 – is likely to dominate the EUBC meeting in Belgrade.

insidethegames has seen a copy of the agenda for the meeting, which lists "discussion of the current AIBA/IOC situation and Olympic qualifying tournaments" as one of 10 items.

The gathering of the EUBC Executive Committee comes little more than a month before a key date for AIBA as the IOC Inquiry Committee is due to submit its final report to the Executive Board at its next meeting in Lausanne on May 22.

AIBA is hopeful recent developments, including Rakhimov's decision to stand down as President and an offer from Russian AIBA and EUBC Executive Committee member Umar Kremlev to write off AIBA's significant debt, will count in its favour when the IOC announces its decision.

The EUBC has positioned itself as a key ally of Rakhimov – described by the United States Treasury Department as "one of Uzbekistan's leading criminals" and who has since been replaced by interim head Mohamed Moustahsane – although President Franco Falcinelli had lobbied for the Uzbek's rival Serik Konakbayev in the lead-up to last year's election.

AIBA has frequently criticised the IOC for its failure to confirm whether the organisation will be able to organise and run the Olympic boxing event at next year's Games, claiming this is having an adverse affect on boxers across the world.

It is likely the EUBC will express further support for the position taken by AIBA.

Kremlev, an official who is growing in influence within the governance of boxing, is due to attend the meeting in the Serbian capital.

It will be his first appearance since he made an astounding offer to personally write off AIBA's $16 million (£12 million/€14 million) debt if the organisation is allowed to remain in charge of the Olympic tournament at Tokyo 2020.

The Boxing Federation of Russia secretary general will present a report to the EUBC Executive Committee in his role as coordinator of the European body's various commissions.

AIBA made the controversial move to launch the bidding process for the continental qualifiers for the 2020 Olympic Games in the Japanese capital despite the IOC investigation.

The governing body gave countries interested in hosting qualifiers in Europe, Asia, the Americas and Africa until March 31 to send a letter of intent to organise a qualification event.

It is not yet clear which nations have expressed an interest but this will be discussed at the EUBC Executive Committee meeting.

Other topics include amendments to the EUBC's constitution and this year's Women’s European Boxing Championships.