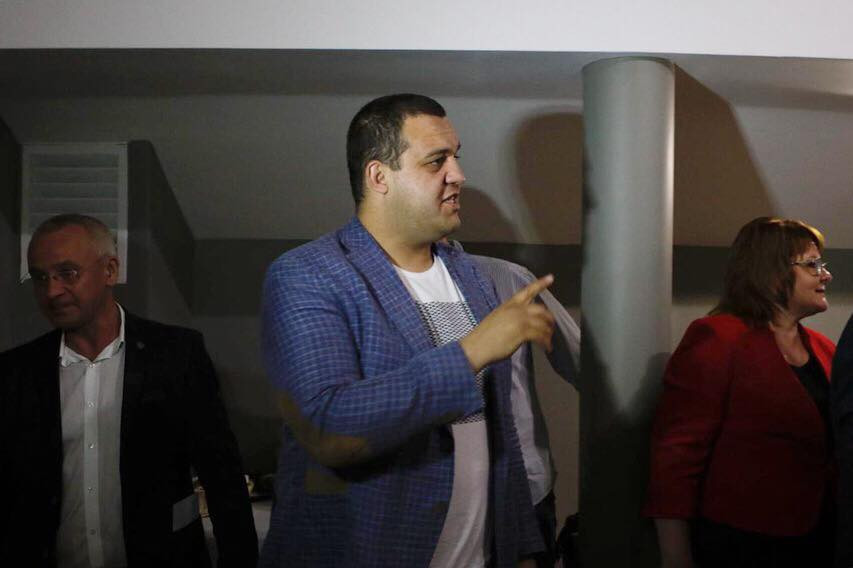 International Boxing Association (AIBA) executive director Tom Virgets has thanked Umar Kremlev for offering to personally write off the organisation's significant debt and claimed the Russian made the proposal of his own accord.

Virgets told insidethegames that AIBA was "sincerely grateful" to Kremlev after he said he would clear the governing body's $16 million (£12 million/€14 million) debt if AIBA is allowed to remain in charge of the Olympic tournament at Tokyo 2020.

The American also assured Kremlev, a member of the AIBA Executive Committee who recently declared his intention to stand for President, that the organisation would "operate with greater fiscal responsibility going forward".

AIBA officials are now set to meet the Russian official to further discuss the offer.

"We are very blessed to have a member in our AIBA family with such philanthropic heart," Virgets added.

AIBA welcoming the move from Kremlev, who made the offer in a letter sent to International Olympic Committee (IOC) President Thomas Bach and Nenad Lalovic, the chairman of the inquiry into the governing body, comes despite the Russian giving little explanation as to how he would finance it.

A spokesperson for the Boxing Federation of Russia (BFR) claimed Kremlev would use his own money and "investments" but no specific details have been revealed.

The Russian also made a plea to the IOC to "save AIBA in the Olympic Movement" and allow the organisation to remain the Olympic governing body for boxing amid the ongoing inquiry.

The probe being conducted by the IOC, mainly triggered by the election of Gafur Rakhimov as President in November, could lead to AIBA being stripped of the right to organise and run the Olympic boxing tournament at Tokyo 2020.

Should the IOC choose to ban AIBA's involvement, it would prevent the troubled governing body from receiving Olympic funding, which Virgets has openly admitted it needs to survive.

AIBA is set to learn its fate when a final report from the Inquiry Committee is published on May 22.

An interim report from the IOC Ad-hoc Committee was presented to the IOC Executive Board during its latest meeting here this week.

The IOC refused to comment on the recommendations or details of the report, revealing only that the full document would be given to the Executive Board at its next meeting in Lausanne.

Kremlev, secretary general of the BFR, is hopeful clearing the debt will help appease the IOC as the governing body's financial situation is one of its concerns with AIBA.

Virgets insisted the Russian, whose influence in boxing circles is continuing to grow, had not been influenced by AIBA when making the staggering offer.

"Mr. Kremlev made this offer completely on his own," he said.

"He recognised that AIBA has made exceptional improvements in governance, the referee and judging program and became 100 per cent compliant with World Anti-Doping Agency through its anti-doping programme.

"Umar also recognised that while AIBA has reversed the organisation's finances from a negative to a positive cash flow and reduced its debt and operating cost to a sustainable position over the past 9 months, the organisation's potential to achieve its goals will be greatly enhanced if able to operate debt free.

"AIBA is sincerely grateful to Mr. Kremlev for making this offer and we look forward to discussing the offer with him further.

"I want to personally assure him that AIBA will operate with greater fiscal responsibility going forward."

Last week, Rakhimov, who remains on a United States Treasury Department sanctions list as "one of Uzbekistan's leading criminals", announced he would step aside as AIBA President.

It is unclear whether this is a permanent or temporary move.

Mohamed Moustahsane, head of the African Boxing Confederation, is set to be appointed as Interim President.

Kremlev, who called the IOC "tupid" when it froze planning for the boxing competition at Tokyo 2020 and launched the inquiry, is the only official to have publicly revealed plans to stand for the role on a permanent basis and would be among the favourites in the event Rakhimov does not return.

He was elected as a member of the AIBA Executive Committee at the same Congress in Moscow last November where Rakhimov was voted in as President.

Since then, he has been appointed head of the AIBA Marketing Commission and elected first vice-president of the European Boxing Confederation.