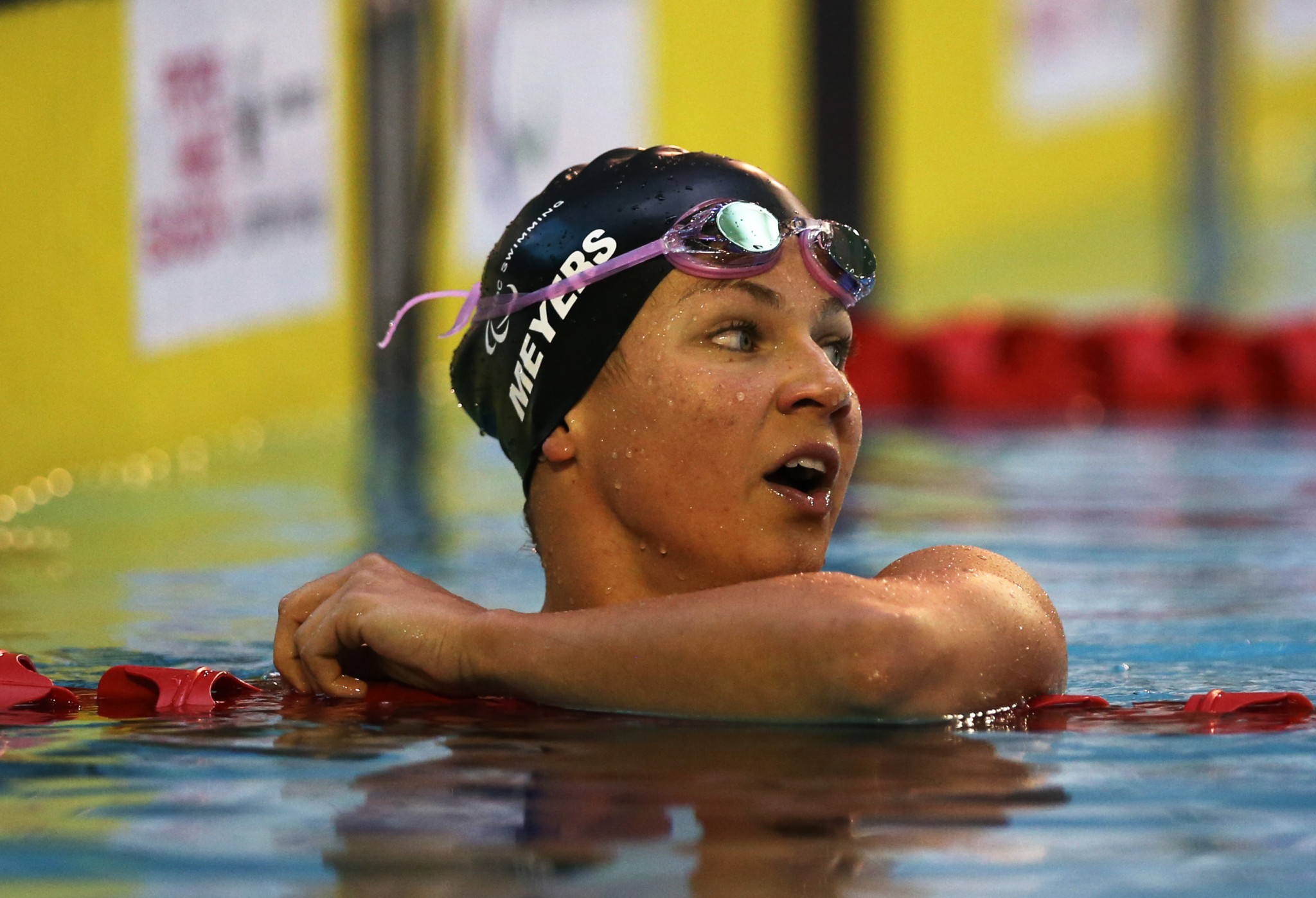 The 24-year-old started as she meant to go on, setting a record in the women’s 50m freestyle S12 in 29.23sec, before charging to another in the 100m breaststroke SB12.

“Training has been going well.

“I’ve been working on a lot of sprinting, so I was excited to be able to execute that today.

“I’m really pleased with both of my times.”

With several records broken today, there was plenty of excitement here on the second day of competition.

Tune back in tomorrow for the final day of racing 🏊‍♂️🏊‍♀️#ParaSwimming #WorldSeries #Indianapolis2019 pic.twitter.com/W9ACToc9Y1

Only one other swimmer took part in the 50m freestyle as Aspen Shelton finished in 31.52, while in the breaststroke Meyers was the only athlete competing.

Other records were set amid more competitive fields, however, among them one from Lawrence Sapp in the men’s 100m breaststroke Sb14.

He finished his preliminary race in 1:19.29 for a new American record, but then lost in the final to compatriot Tyler Austin.