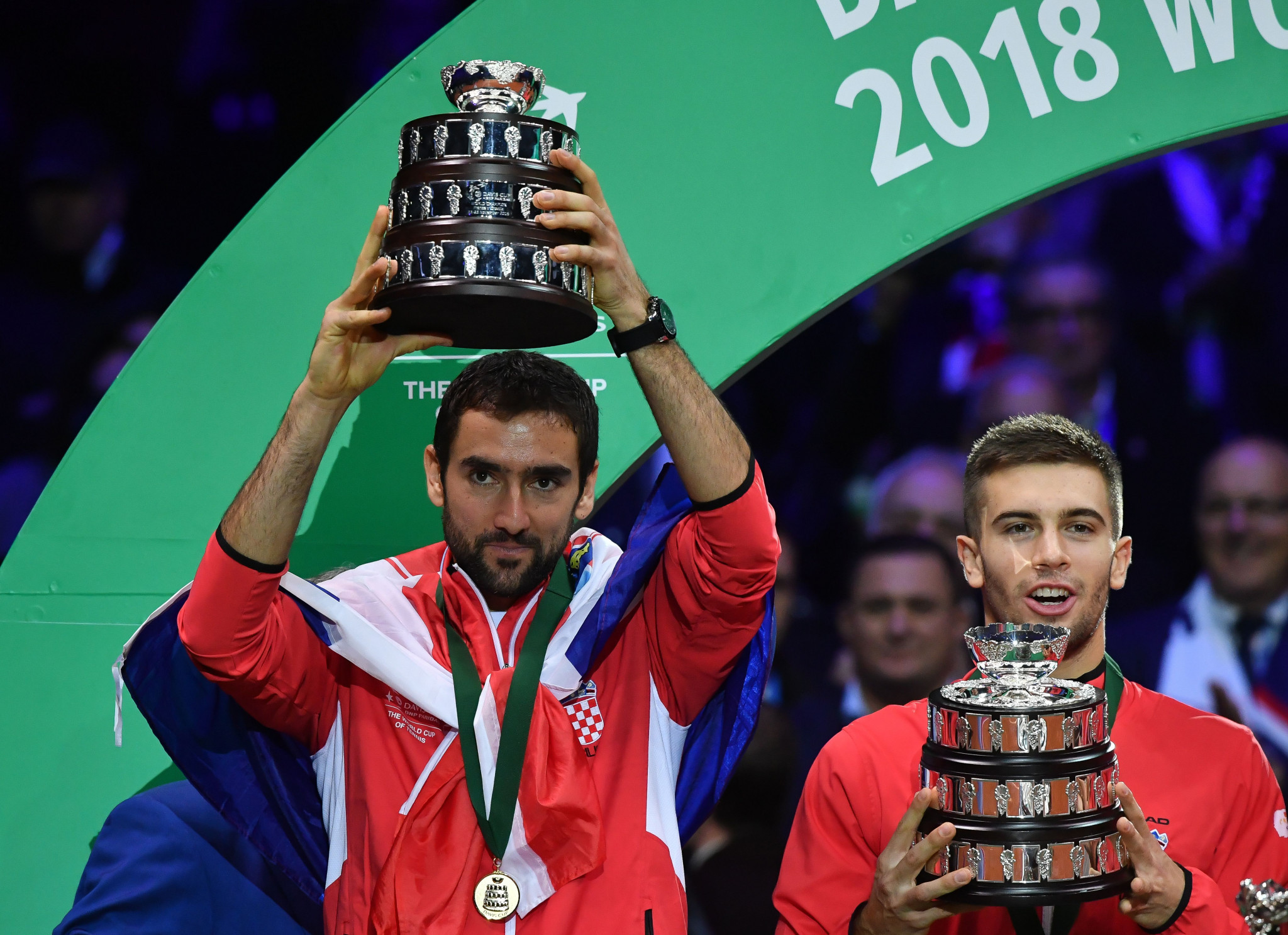 Croatia and Russia will open the 2019 Davis Cup Finals in Madrid after the International Tennis Federation (ITF) confirmed the schedule for the event.

It will be the first edition of the historic tournament to be played over one week in one venue.

Eighteen nations split into six groups of three teams will compete at the event dubbed the "World Cup of tennis" from November 18 to 24.

Croatia, winners of the tournament in 2018 under the old format which saw action take place periodically throughout the season, will open the finals.

They will face Russia on centre court at the La Caja Magica venue in Group B.

Canada take on Italy on the opening day in Group F, while Belgium and Colombia will begin the action in Group D.

Hosts Spain clash with Russia in their first match on November 19, the same day top seeds France meet Japan in Group A.

Group matches are set to take place during the first four days of the tournament.

The six group winners and two best second-place teams, based on percentage of sets won, will progress to the last eight.

The first quarter-final will be played on the night of November 21 and the remaining quarter-finals will be held the following day.

Semi-final matches are scheduled for November 23, with the final taking place a day later.

Top seeds and 2018 runners up France are in Group A with Serbia and Japan, while Croatia, Russia and five-time winners Spain will clash in Group B.

The final group, Group F, boasts the most successful nation in the competition’s history.

The two lowest-place teams after the group stage will play in the zone group competition the following year.

The 12 teams which finish from fifth to 16th position will compete in Davis Cup qualifiers in 2020.

All four semi-finalists will automatically qualify for next year's Finals, which will also be held in Madrid.

The schedule was revealed by the ITF and Davis Cup partners Kosmos Tennis.

Kosmos Tennis, founded by Barcelona and Spain footballer Gerard Pique, was instrumental in the controversial reform of the 118-year-old tournament.