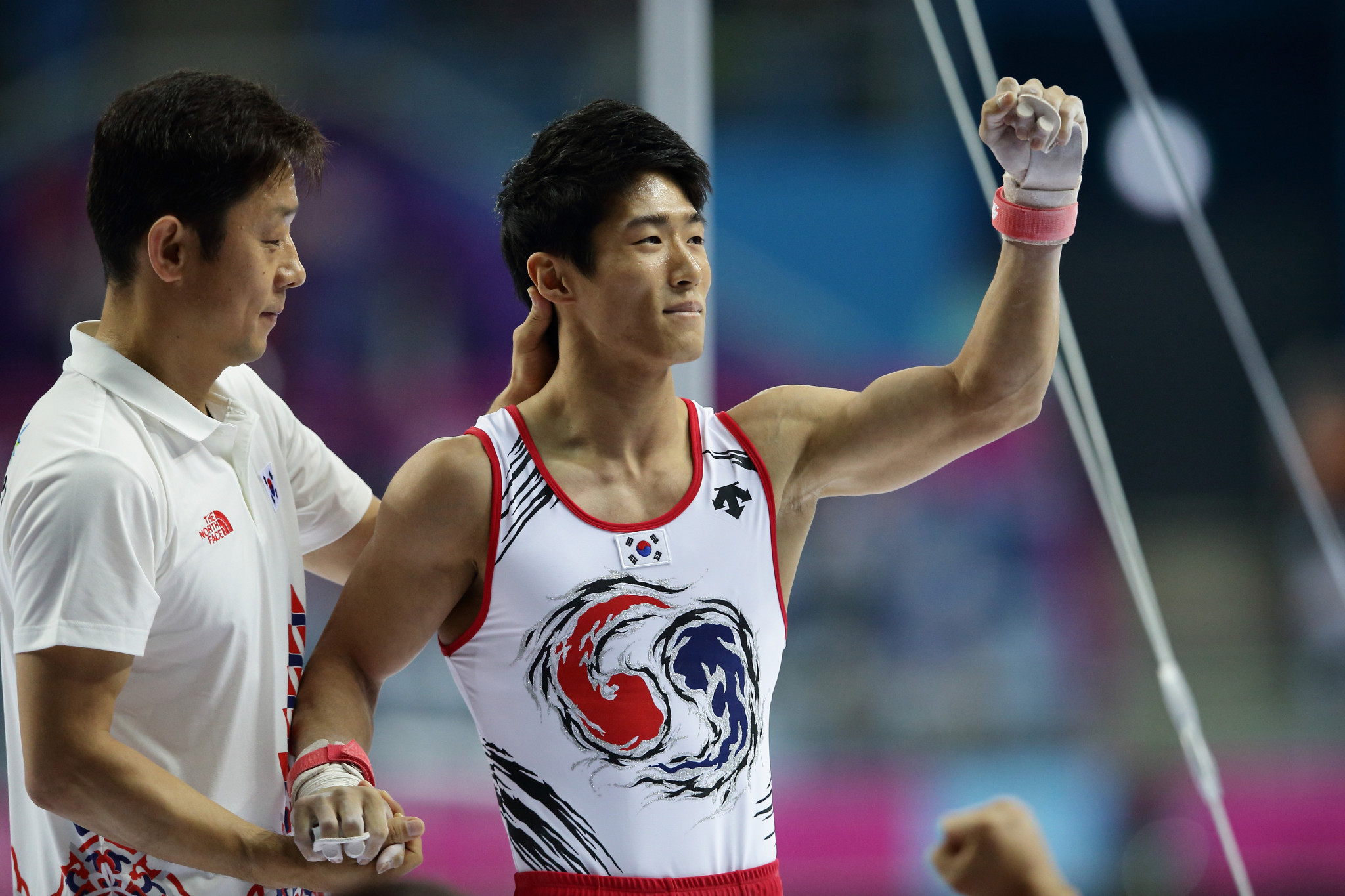 Former champions won in each of the men’s vault, pommel horse and horizontal bar, starting with South Korea’s Hakseon Yang in the vault.

The 26-year-old London Olympic and two-time world champion gained another victory with a score of 14.970 at Azerbaijan’s National Gymnastics Arena, having tried the most difficult vault of the competition with his first effort.

Kameyama won his competition by scoring 15.233, finishing ahead of France’s Cyril Tommasone and China’s Hao Weng, who scored 14.833 and 14.033 respectively.

Zonderland, who is also a triple world champion, then won the horizontal bar contest with a score of 14.633.

In the women’s events it was a strong day for the United States’ Jade Carey, who gained her second win in two days in the floor.

Having won the vault yesterday, the triple Pan American Games champion claimed another win with a score of 14.600, beating two Italians Lara Mori and Vanessa Ferrari.

Prior to that Emma Nedov won the balance beam, scoring 14.100.

The four-time Olympic and 14-time world champion finished first after four events with a score of 58.800.

Canada’s world balance beam silver medallist Ana Padurariu came second with a score of 55.132, ahead of Germany’s own Elisabeth Seitz who scored 54.399.