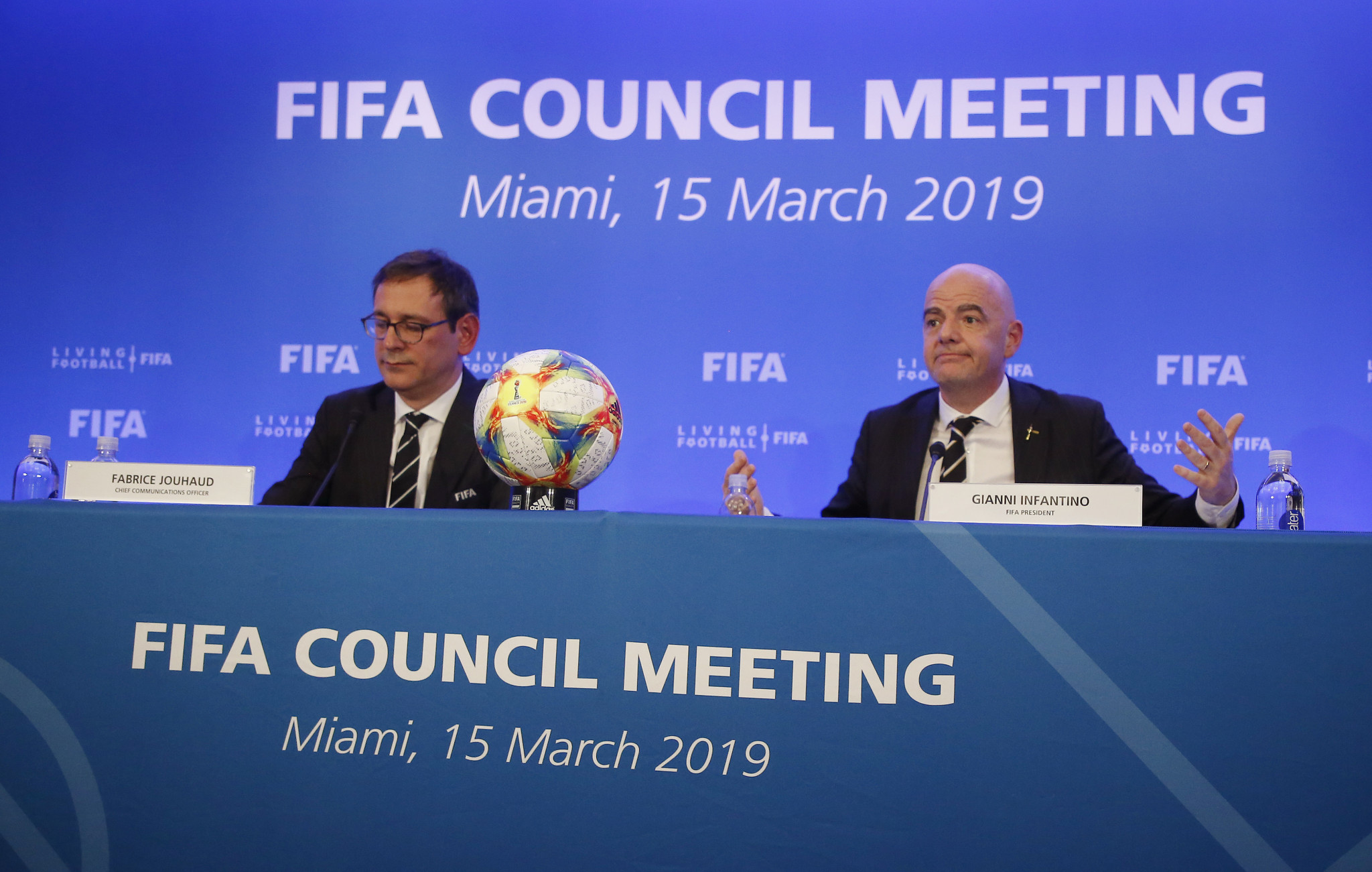 FIFA is set to expand the size of the 2022 World Cup in Qatar from 32 teams to 48 after the FIFA Council agreed the idea was "feasible" at a meeting in Miami today.

Football’s global governing body has been considering expanding their flagship tournament for some time and it has already been confirmed the 2026 edition will feature 48 teams.

Now, after analysing a feasibility study the Council has agreed expanding the 2022 edition could work, so long countries other than Qatar, the current sole hosts, agree to help.

"After being presented with a thorough feasibility study on the increase of the number of teams from 32 to 48 at the FIFA World Cup Qatar 2022, the FIFA Council acknowledged the study’s conclusion that expanding the tournament to 48 teams was feasible, provided that neighbouring countries hosted some matches," FIFA said in a statement.

"The process is now entering its next stage, in which, together, FIFA and Qatar will explore this possibility further and analyse if a joint expansion proposal that meets all the necessary requirements can be submitted to the FIFA Council and the FIFA Congress in June."

If such a proposal can be submitted, a final vote on the idea is due to be taken at the next FIFA Congress, scheduled to go ahead in Paris on June 5 on the eve of the Women’s World Cup.

Several other decisions were taken during the day’s meetings including that a video assistant referee (VAR) system will be used at the FIFA Women’s World Cup.

But, perhaps most notably, the FIFA Council also approved plans for a new 24-team Club World Cup to begin in 2021, despite Europe’s top clubs warning they would boycott such a tournament.

The Council approved the idea by 25 votes to seven, with FIFA President Gianni Infantino later saying he was "extremely happy" the idea had been backed.

"Now the world will see a real Club World Cup where fans will see the best teams in the world compete to be crowned the real world champions," he said.

The new version, if approved by the FIFA Congress, would include eight teams from Europe alone, six from South America, three each from Africa, Asia and North and Central America and one from Oceania.

It would be played during the current international window reserved for the Confederations Cup, which would be scrapped.

It has been reported each participating team could earn £50 million ($66 million/€59 million), but a letter signed this week by members of the European Club Association (ECA) Board, said “no ECA clubs would take part."

According to Reuters, the letter has been signed by officials from clubs including Manchester United, Barcelona and Dutch giants Ajax.

"We wish to restate the position of ECA: (a) ECA is unwilling to consider any new or significantly revised competition prior to a holistic assessment of the IMC [International match calendar] post-2024 being conducted and an agreement as to its underlying principles being reached; and (b) in any event, a Club World Cup in June 2021, as proposed by Fifa, is not acceptable in light of the existing competitions and the IMC, which is fixed until 2024," Reuters reported the letter saying.

According to a FIFA document seen by the Associated Press, FIFA plans for the tournament in 2021 to take place from June 17 to July 4.

That would mean it starting nine days after a period of 2022 World Cup qualifiers and finishing just one day before the start of the Africa Cup of Nations.

In other news as reported by insideworldfootball, Confederation of African Football President and FIFA vice-president Ahmed finally received a visa to enter the United States for the meetings.

Yesterday it was widely reported the Malagasy official had been denied a visa and so would not attend the Council meetings but did in the end receive one.

The delay, however, meant he missed the opening session of the summit.