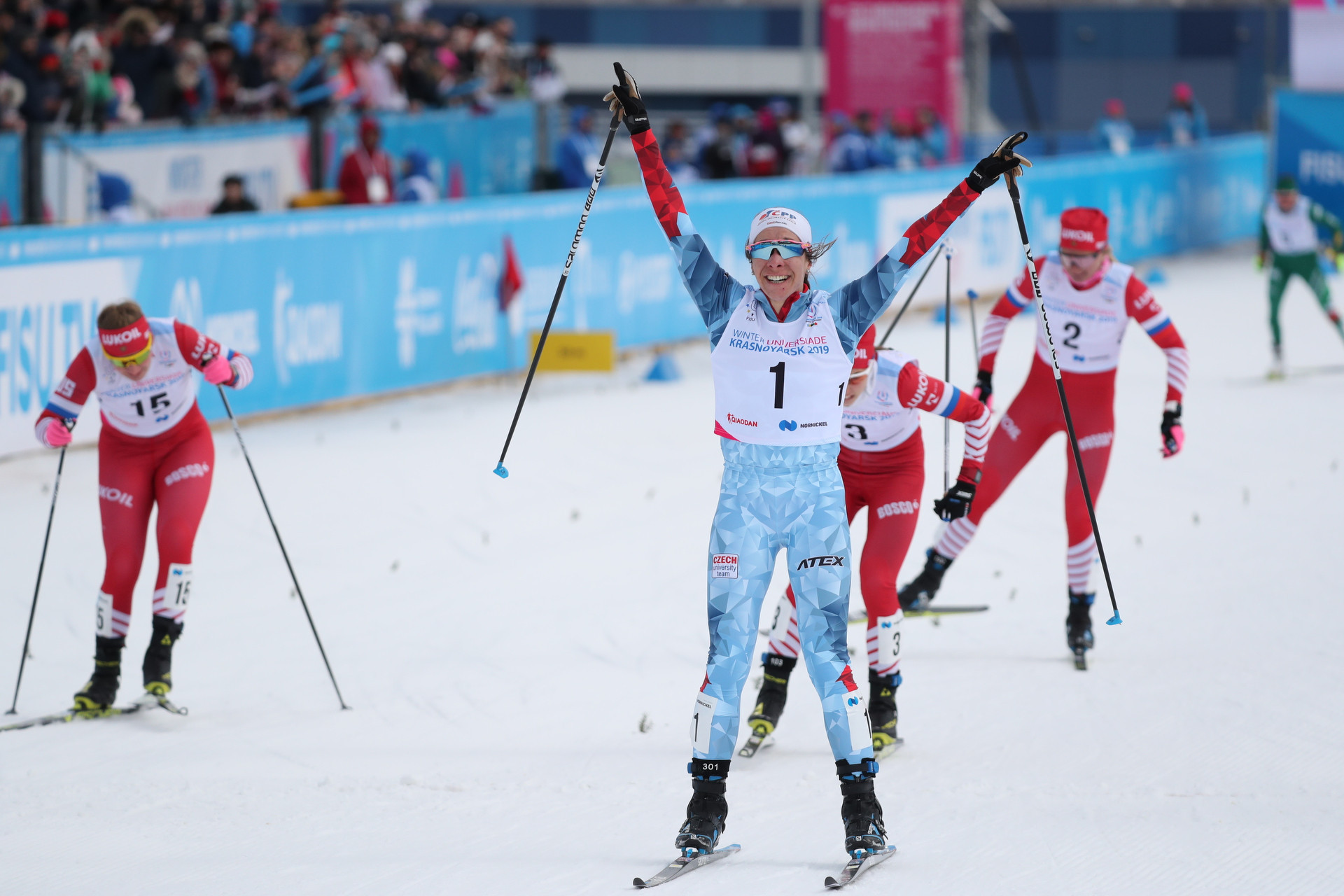 Petra Hyncicova of the Czech Republic ended Russia's dominance in cross-country skiing at the Krasnoyarsk 2019 Winter Universiade here by winning gold in the women's sprint final.

Prior to today's final, Russia had won 12 medals out of 12 in the cross-country skiing events at the Raduga Cluster.

Hyncicova ended that run by triumphing in the women's sprint final with a time of 2min 47.34sec.

She had been in fourth place just metres from the finish line, but launched a last minute attack to overtake all three Russian athletes ahead of her.

The 24-year-old, who featured at the Pyeongchang 2018 Winter Olympics, held off a challenge from Russia's Hristina Matsokina to take gold.

"I didn't expect to get the first place, but I did it.

"I had tactics and I made a slight mistake.

"Nonetheless, I left the girls behind and I'm really happy."

Normality resumed in the men's sprint final, with Russia's Alexander Terentev winning gold in a time of 2:49.39.

He had been upgraded from a silver after his compatriot Ivan Yakimushkin was disqualified for allegedly grabbing Terentev's pole in the final sprint.

Yakimushkin subsequently missed out on his third gold medal of the Universiade.

Ekaterina Moshkova overtook Irina Kazakevich to win the women's biathlon 7.5 kilometre sprint event, recording a time of 22:59.4 to finish 2.9 seconds ahead of her rival.

Eduard Latypov was the victor in the men's 10km biathlon sprint, emerging as champion with a time of 25:01.2.

His team-mate Dmitrii Ivanov finished 8.7 seconds behind the winner, with Nikita Porshnev crossing the line 10.3 seconds slower than Latypov.

His first run score of 92.00 was enough to top the standings, with France's Eliot Gorry managing a score of 89.20 to finish second and Switzerland's Jona Schmidhalter in third on 85.20.

The women's title went to Russia's Lana Prusakova, who scored 87.00 points in her opening run.

Silver also went to Russia, with Anastasia Tatalina achieving 84.60 on her second run.