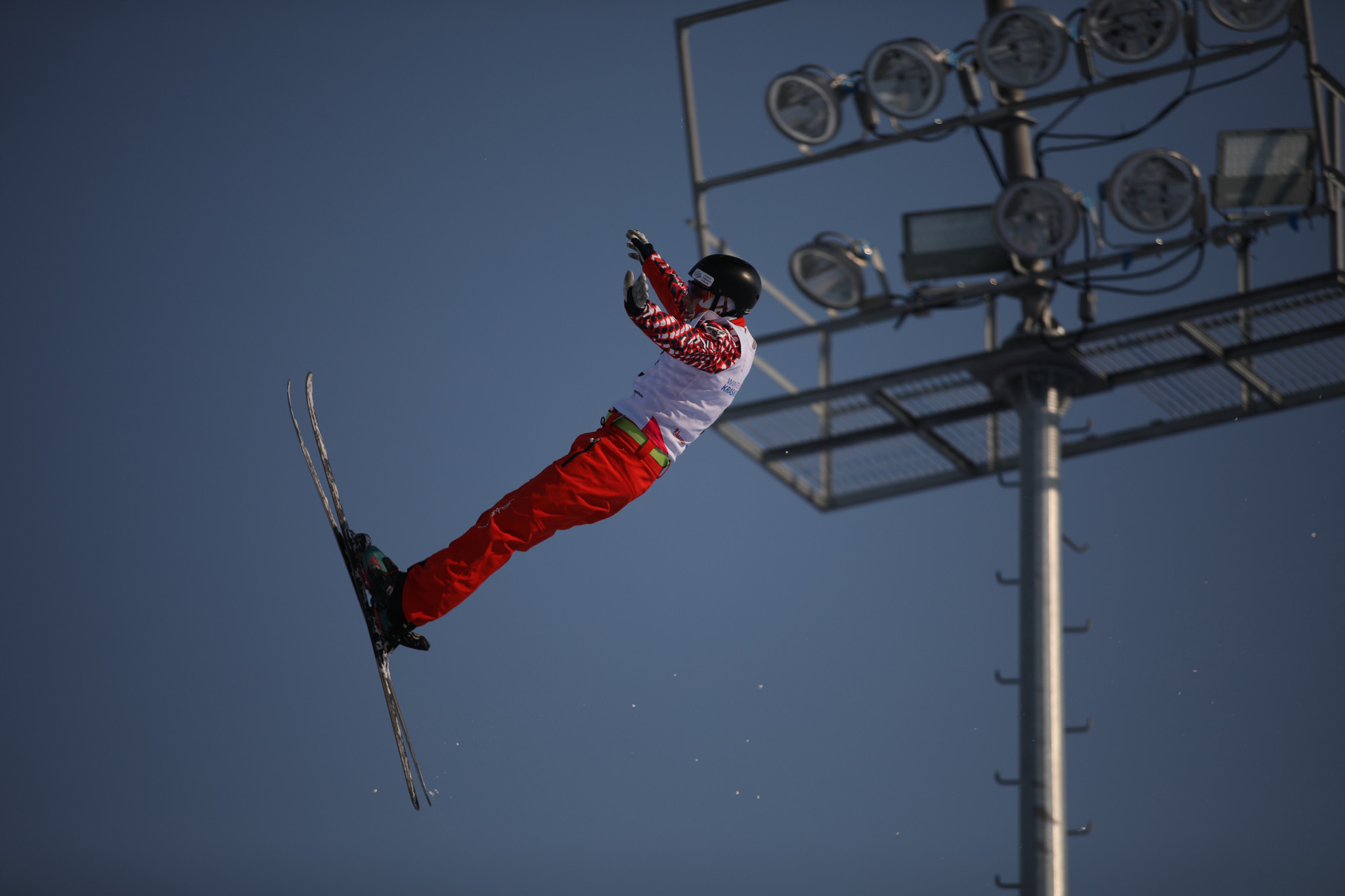 Action here at the Sopka Cluster concluded the first day of the Winter Universiade in the Russian city.

She topped the qualifying event with 86.31 points, finishing ahead of Russia's Kristina Spiridonova and Kazakhstan's Zhanbota Aldabergenova with 80.64 and 72.45 points respectively.

The 22-year-old then continued this form into the final, landing 100.29 points to take the gold medal back to Belarus.

Spiridonova crashed upon landing and had to resign herself to sixth place, with her compatriot Liubov Nikitina taking silver with 91.29 points.

Aldabergenova received bronze after recording a score of 79.38.

It was a similar story in the men's competition with world champion Burov taking Russia's fourth gold medal of the day.

Unlike Romanovskaya, however, Burov was not leading from the start.

Fellow Russian Stanislav Nikitin won the qualifying event with 116.64 points, with Burov in second on 104.49 points.

The final saw Nikitin dramatically crash out, leaving him in 11th place.

With his main rival gone, Burov scored 119.91 to ensure he took the gold medal and add to the three that Russia had already won today in cross-country skiing and snowboard cross.

China's Li Zhonglin and Russia's Ruslan Katmanov were tied on 87.77 points, with the judges awarding silver to Li and bronze to Katmanov.

The freestyle skiing continues in Krasnoyarsk with the mixed team aerials event tomorrow.