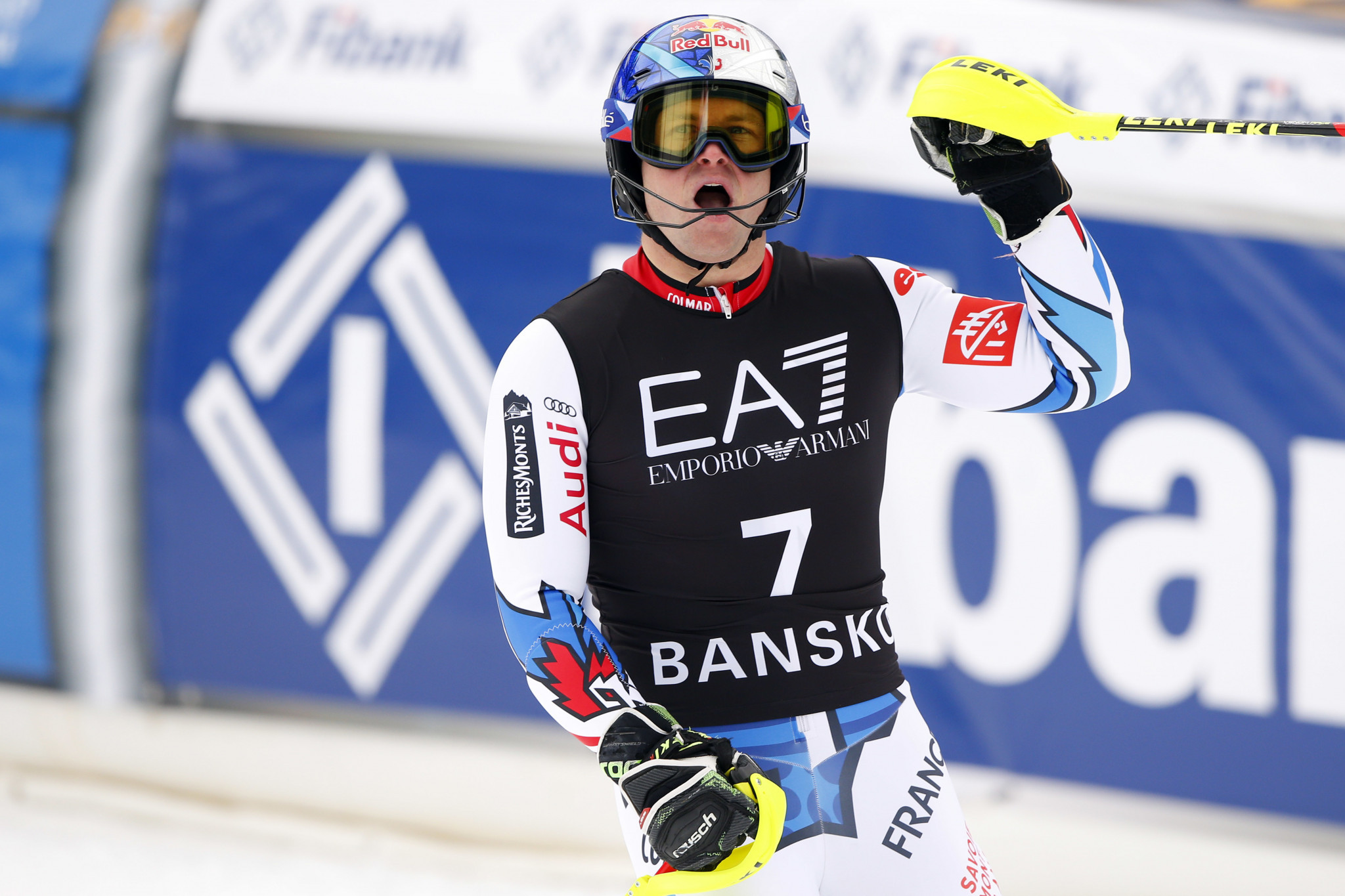 Pinturault, who last week was crowned the Alpine combined world champion in Åre in Sweden, prevailed with a time of 1min 55.55sec after finishing third in the super-G in 1:09.24 and sixth in the slalom in 46.31.

Success in the Bulgarian resort sees the 27-year-old draw level with Carole Merle for the French record of 22 World Cup wins.

He posted the fastest slalom run time of 45.32 to move up from 20th place after the super-G.

Despite being the reigning Olympic champion and 2015 world champion, Hirscher has never won an Alpine combined event on the FIS Alpine Skiing World Cup tour.

Today's result gave him his sixth podium in the discipline.

Pinturault's main rival, Austria's Marco Schwarz, hurt himself on the landing of the finish jump in the super-G and was unable to start the slalom.

It is suspected that Schwarz, who won last month's Alpine combined event in Wengen in Switzerland, has incurred a knee injury and he has flown back home for further medical checks.

"I am really happy but also a little bit disappointed because Marco got injured," Pinturault was reported as saying by Reuters.

"I wanted to have a great fight.

"This is bad news - it is a really happy end for me but I think also about Marco."

The 2019 FIS Alpine World Ski Championships silver medallist was 0.69 seconds off the pace.

He is followed by Schwarz with 100 points, while Switzerland's Mauro Caviezel, who had to settle for sixth place today, ranked third with 90.

Action in Bansko is due to continue tomorrow with a super-G race.

Competition is also scheduled to begin at the women's FIS Alpine Skiing World Cup in Crans-Montana in Switzerland.

A downhill event is set to be held tomorrow before an Alpine combined event on Sunday (February 24).