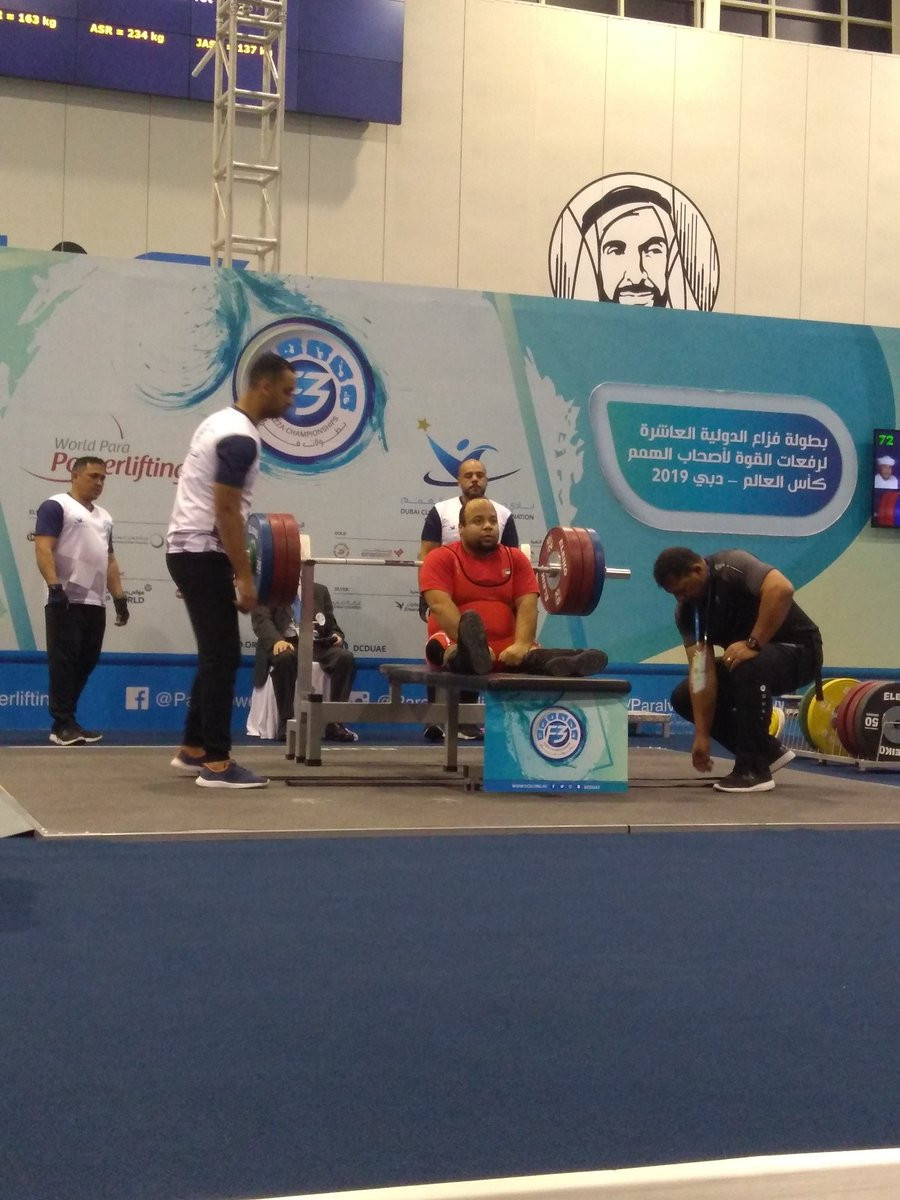 Paralympic gold medallist Hany Abdelhady secured the men's under-88 kilograms title on another successful day for Egypt at the World Para Powerlifting World Cup in Dubai.

The 38-year-old former world champion topped the podium with a total of 207kg at the Dubai Club for People of Determination in the United Arab Emirates city.

Evanio Da Silva of Brazil, Paralympic silver medallist at the 2016 Games in Rio de Janeiro, finished second after he lifted a combined 200kg.

Gehan Hassan added to the Egyptian haul as she triumphed in the women's under-79kg category.

Hassan claimed a comfortable victory as she lifted an overall 116kg to beat nearest challenger Mayagozel Ekeyeva of Turkmenistan by 10kg.

Siti Mahmudah of Indonesia did enough for the bronze medal on a total of 103kg.

The reigning Paralympic under-88kg champion lifted a total of 220kg to add to his growing list of major honours in the sport.

The 49-year-old, who also claimed Paralympic gold in Athens in 2004, ended the competition 8kg in front of eventual silver medallist Mutaz Aljuneidi of Jordan.

The bronze medal was earned by Mohamed Ahmed, who was just 1kg shy of second place.

The World Cup in Dubai is scheduled to conclude tomorrow.