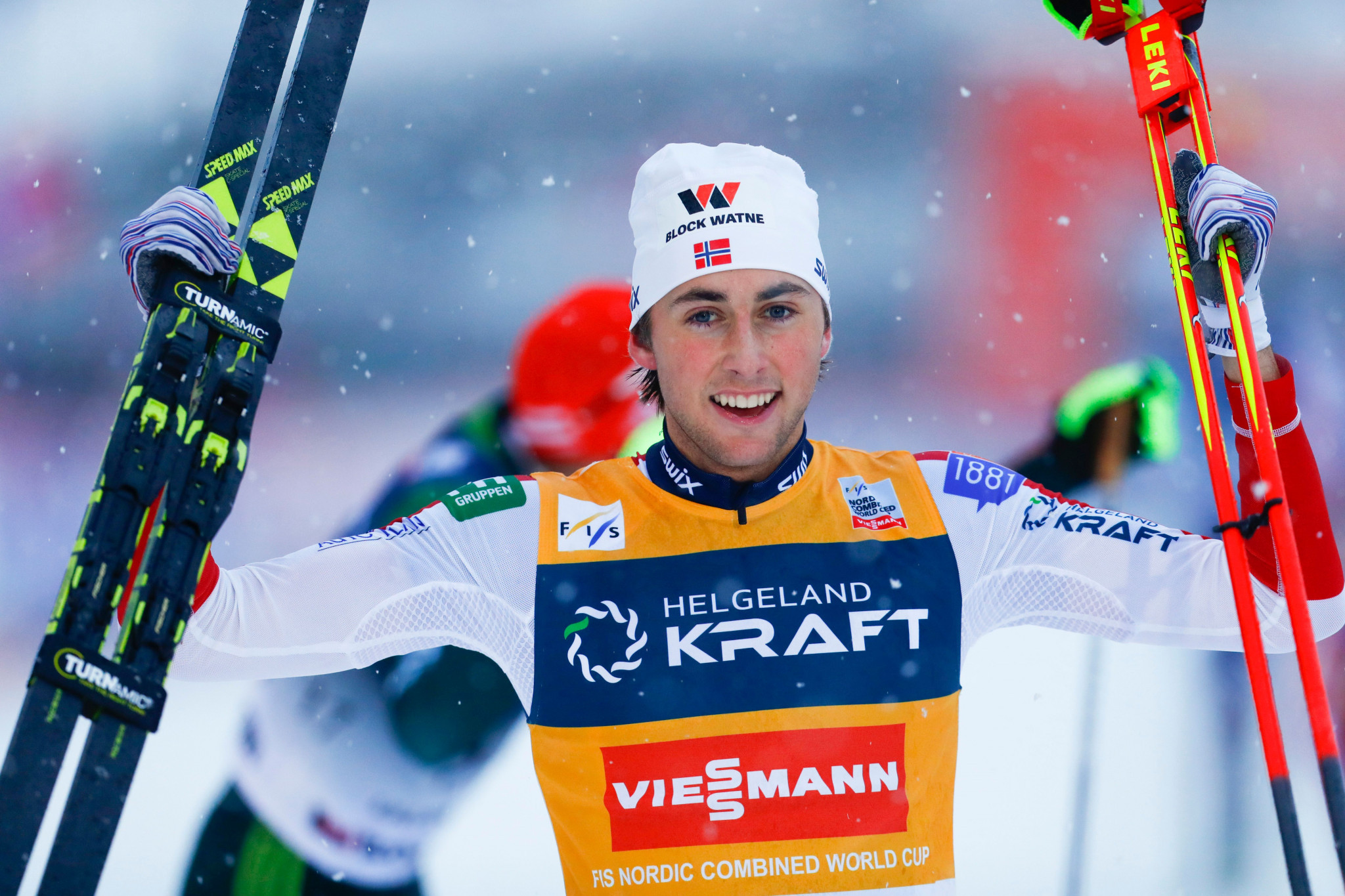 Norway's Jarl Magnus Riiber has extended his lead at the top of the International Ski Federation Nordic Combined World Cup standings with a Gundersen win on home snow in Trondheim.

The 21-year-old Olympic silver medallist, a winner six times on the World Cup circuit already this season, triumphed yet again with a score of 105.9 points in the jumps before finishing the 10 kilometres cross-country race in 25min 03.7sec.

"In the home venue it’s [the win] so amazing," Riiber said.

"It felt good after the ski jumping so I’m very happy."

Third overall is Austria’s Mario Seidl, who, suffering with a cold, did not take part today

A second Gundersen is due to be held tomorrow.