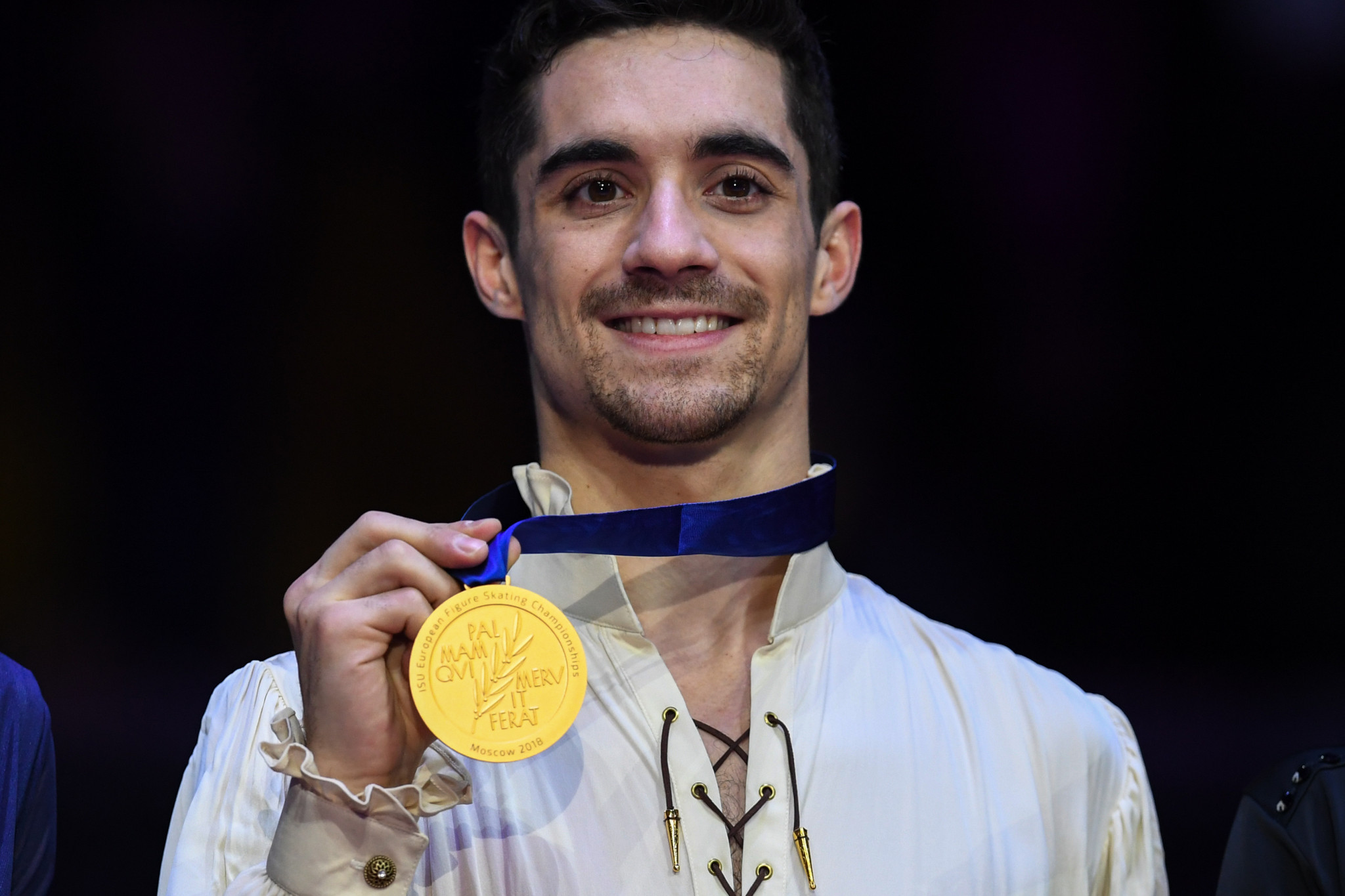 The 26-year-old from Madrid hit two clean quads early in his programme at the Megasport Sport Palace , the second one followed with a triple toe loop, before a triple-double combination to earn 191.73 points.

His competition total of 295.55 points put him more than 20 ahead of Russia’s Dmitry Aliev in the final standings.

It was the perfect preparation for next month's Winter Olympic Games in Pyeongchang.

"It will be something important for me, important for the sport of Spain and of course for figure skating in Spain," Fernandez said.

"It will be good for a lot of things, so I'm going to try my best to do it and try to bring the medal to Spain, but I know how hard the competition is."

Aliev was awarded 182.73 points for his performance in this evening’s free skate event and earned himself the silver medal on home ice.

Aliev’s compatriot Mikhail Kolyada clinched the bronze medal ahead of Latvia’s Deniss Vasiljevs in the Russian capital thanks to a score of 175.49 points.

Earlier in the day, France's Gabriella Papadakis and Guillaume Cizeron made it look like they will retain their ISU European Figure Skating Championships title after finishing top in the short dance event.

Papadakis and Cizeron, who became the first-ever ice dance team to break the 200-point barrier in November, put in a sublime performance and were awarded 81.29 points for their efforts.

This total was less than a point away from their personal best in short dance.

"We feel pretty strong and pretty confident with the changes that we've made and we feel like it's a good base to work on for the Olympics," Papadakis told Reuters afterwards.

"It's a programme that we enjoy more and more as we practice it.

"We've been working really hard since the beginning of the season and I think we're just really happy to see our work is paying off."

The event is due to conclude tomorrow with the free dance competition opening the day before the ladies free skating concludes the Championships.