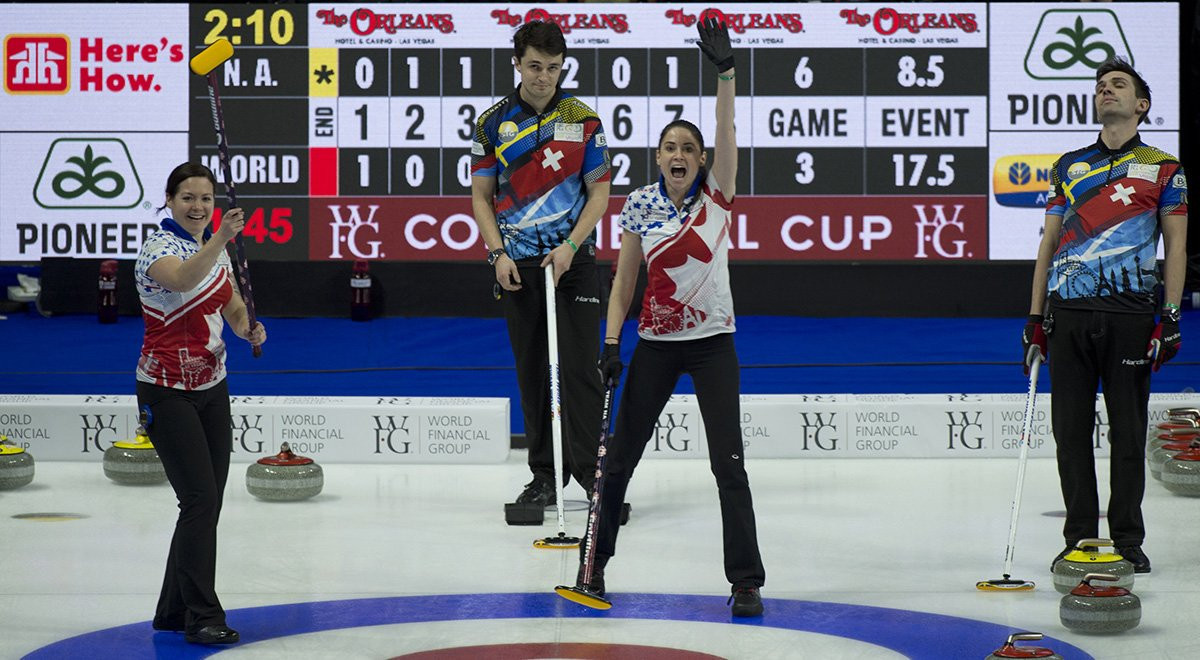 North America are closing the gap on Team World at the Continental Cup of Curling after winning all of today's mixed team scramble events.

North America are now only five points behind Team World after they dominated today's play at the Orleans Arena in Las Vegas.

Team World had monopolised the first day of the competition but North America began their comeback yesterday, securing four wins and a draw.

With the mixed team scramble events worth two points, North America began to reduce the deficit even further, despite a slow start to the day.

Next was the men's team scramble, where North America sealed their first win of the day as Kevin Koe's team beat Scotland's Bruce Mouat's Team World 7-3.

"It was a fun night to play.

"Everybody had a lot of energy, and once the scores started turning in our favour, I think it even raised the energy.”

The competition will continue tomorrow with the skins event, where 30 points are available from six games.

Team World are looking to get their seventh consecutive win at the competition.