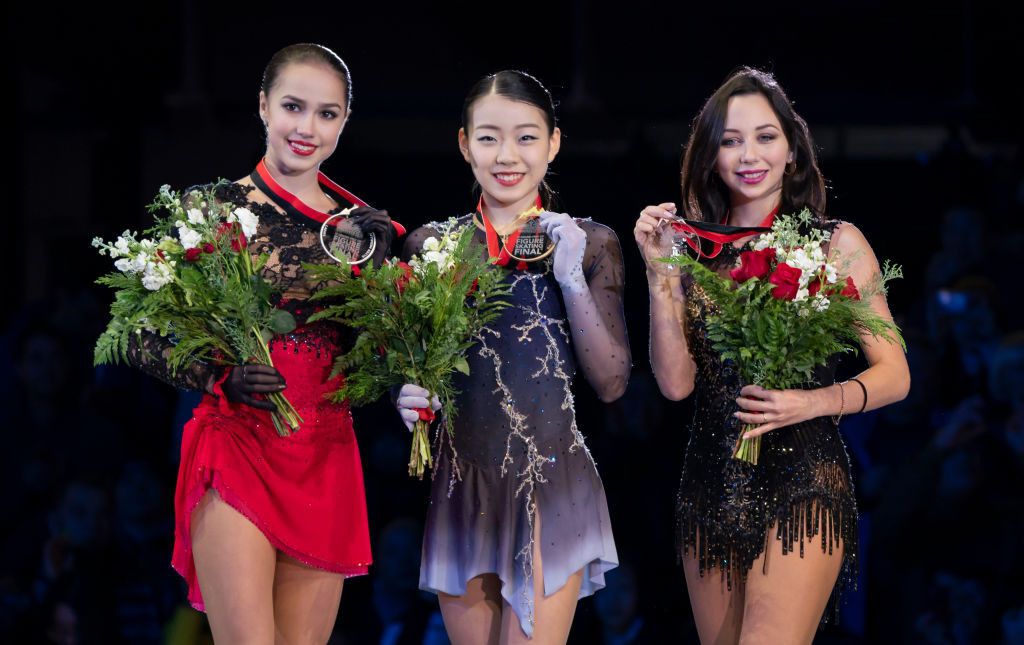 Kihira's opening triple axel jump attempt failed but she performed the rest of her routine in the women's free skating event well enough to achieve a season's best of 150.61 and record a total score of 233.12 points at the Doug Mitchell Thunderbird Sports Centre.

"Right after I made a mistake on my first triple axel, I knew I had to jump all the other ones after properly as this is the Grand Prix Final and I have no other choice but to land successfully," she said.

"I told myself after the mistake that this is a challenge I need to overcome.

"I’m really satisfied, and the key to good results is having consistent performances."

Zagitova, herself only 16, had to resign herself to second place after scoring 148.60 points in the free skating competition to bring her total to 226.53.

Zagitova's compatriot Elizaveta Tuktamysheva completed the podium in third with an overall score of 215.32 points.

Madison Hubbell and Zachary Donohue of the United States won the ice dance title with a final score of 205.35 points, beating Russia's Victoria Sinitsina and Nikita Katsalapov to the gold medal after they recorded 201.37.

Italy's Charlene Guignard and Marco Fabbri scored a season best of 120.31 points to finish third with a total of 198.65.

China's Cheng Peng and Yang Jin were behind them in second on 216.90 points, while Russia's European champions, Evgenia Tarasova and Vladimir Morozov, finished in third on 214.20.

Competitive action is now over at the event, with an exhibition gala due to take place tomorrow.

The final has marked the end of this year's Grand Prix series, with the competition due to return next October.