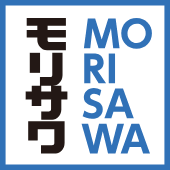 Tokyo 2020 has welcomed leading font designers and developers Morisawa as an official supporter, the third domestic tier of its sponsorship programme for the Olympic and Paralympic Games in two years' time.

Morisawa, founded in 1924 when it invented the first Japanese phototypesetting machine, has been attributed the category "font design and development services".

"We are delighted to welcome Morisawa Inc. as an official supporter in the category of font design and development services," Tokyo 2020 President Yoshirō Mori said.

"Each previous host city’s Organising Committee developed their own font designs, and with Morisawa being one of Japan’s leading font designers and developers, we are confident they will provide valuable support through the design of unique fonts for the Tokyo 2020 Games."

Akihiko Morisawa, President and chief executive of Morisawa, added: "It is a great honour to be able to support the Olympic and Paralympic Games Tokyo 2020 as an official supporter this time.

"Since its founding in 1924, Morisawa has consistently contributed to the inheritance and development of typography culture and has been supporting people's communication by developing and designing typefaces.

"In recent years, we are working on the realisation of an inclusive society by universal design font and supporting sports for persons with an impairment.

"We will contribute to the success of the Tokyo 2020 Games through the presentation of the design of unique fonts."

Morisawa claims to be constantly forging ahead with the creation of innovative new typefaces.

Its addition brings the total number of Tokyo 2020 domestic partners to 57, made up of 15 gold partners, 30 official partners and 12 official supporters, including one, Ottobock, which sponsors only the Paralympics.

It is claimed they all play vital roles in the successful delivery of the Games.

The three remaining categories are designated for domestic sponsors.

The highest domestic tier comprises gold partners, while the second tier consists of official partners and the third tier is made up of official supporters.

The Tokyo 2020 Olympics are due to take place from July 24 to August 9, while the Paralympics are scheduled to be held from August 25 to September 6.