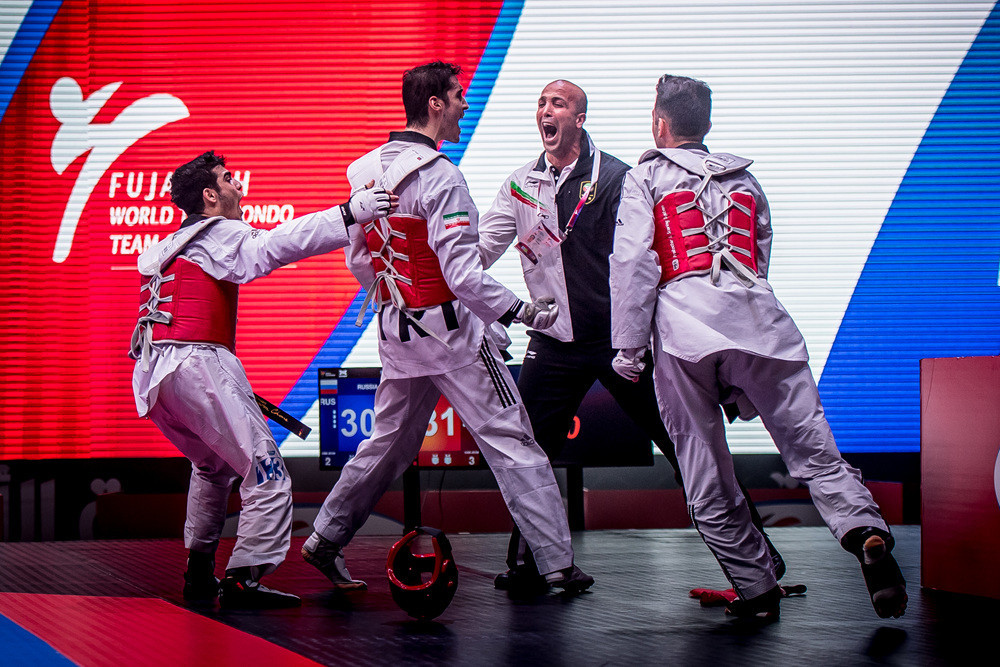 Defending men’s champions Iran won a dramatic victory in the Taekwondo Team Championships at Fujairah in the United Arab Emirates, earning the winning points in a 32-31 score against Russia with just three seconds to spare.

Team play is faster and more furious than the individual game, making it, it is claimed, taekwondo’s most crowd-friendly format.

In the first, fighters face their opposite numbers; the subsequent rounds feature substitutions flagged by coaches.

The men’s final was a replay of 2017, pitting defending champions Iran against runners-up Russia.

Earlier, Russian had knocked out Azerbaijan and Iran had taken out Kazakhstan, while China, Ivory Coast, South Korea and Uzbekistan had all been eliminated in yesterday's preliminaries.

The opening round ended 10-5 to the defending champions – but this was not going to be a wipeout.

With 35 seconds left on the clock in the second round, the score had equalised to 12-12 – drawing chants from the Russian spectators.

In the third round, the action got rougher, with fighters tumbling off the mats and Russia drawing ahead 16-13.

Iran made full play of its feistiest fighter, Abolfazl Yaghoubi, whose yelling attack drew his team back to to 15-16.

In an atmosphere of bedlam, Iran’s Madhi "The Terminator" Khodabakhshi, reportedly a specialist in crisis taekwondo, earned the crucial score to give Iran victory.

The bronze medals went to Kazakhstan and Azerbaijan.

China, seeking a third successive women's title, had a bye in the semi-final when Russia withdrew, and easily defeated the Ivory Coast in the final, 77-41.

Russia faced Turkey in the final of the mixed gender category, beating them 35-22.

The Ivory Coast and Kazakhstan took the bronze medals.