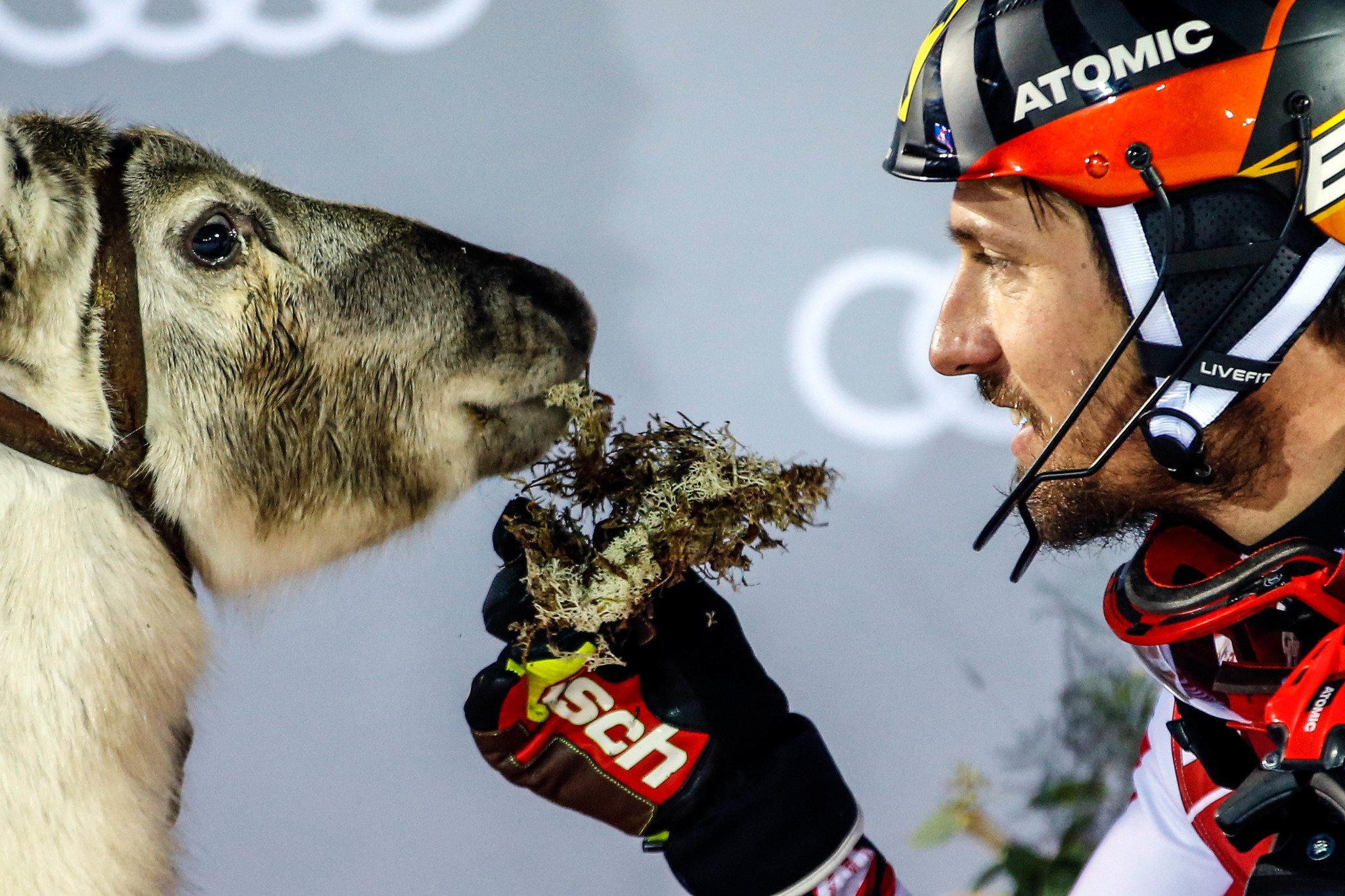 Marcel Hirscher won the men's slalom at the Alpine Skiing World Cup leg in Levi, Finland - which meant he kept up in the reindeer stakes with Mikaela Shiffrin.

At an International Ski Federation event where winners are traditionally rewarded with a four-legged means of pulling sleighs, Austria's double Olympic champion extended his collection to three with "Mr Snow" now due to meet with earlier prizes Ferdinand and Rio.

The day before, women's double Olympic champion Shffrin earned her own third reindeer with another slalom victory.

Hirscher won in a total time of 1min 51.04sec after his two runs.

At this point last year Hirscher, who became a father for the first time this summer, was just coming back from an ankle injury and 17th place in Levi represented a forward step.

This year the double Olympic champion, who is looking for his eighth successive overall World Cup title, was able to earn his 59th World Cup win and the 28th in slalom.

Kristoffersen claimed his 10th slalom podium in a row.

After finishing all of last year's races on the podium in slalom, the Norwegian pushed hard in both runs to finish 0.07sec off the lead in the first run, and 0.09 off at the end.

Myhrer, who is already targeting his home World Championships in Åre next February, was third, 1:41 off the winner.

It was the first action of the men's World Cup season following last month's cancellation due to the weather of what was scheduled to be the opening giant slalom in Sölden, Austria.

The World Cup circuit now heads to North America with the men tackling downhill and super-G at Lake Louise in Canada on November 24 and 25.

The women will race in giant slalom and slalom in Killington in the United States on the same dates.