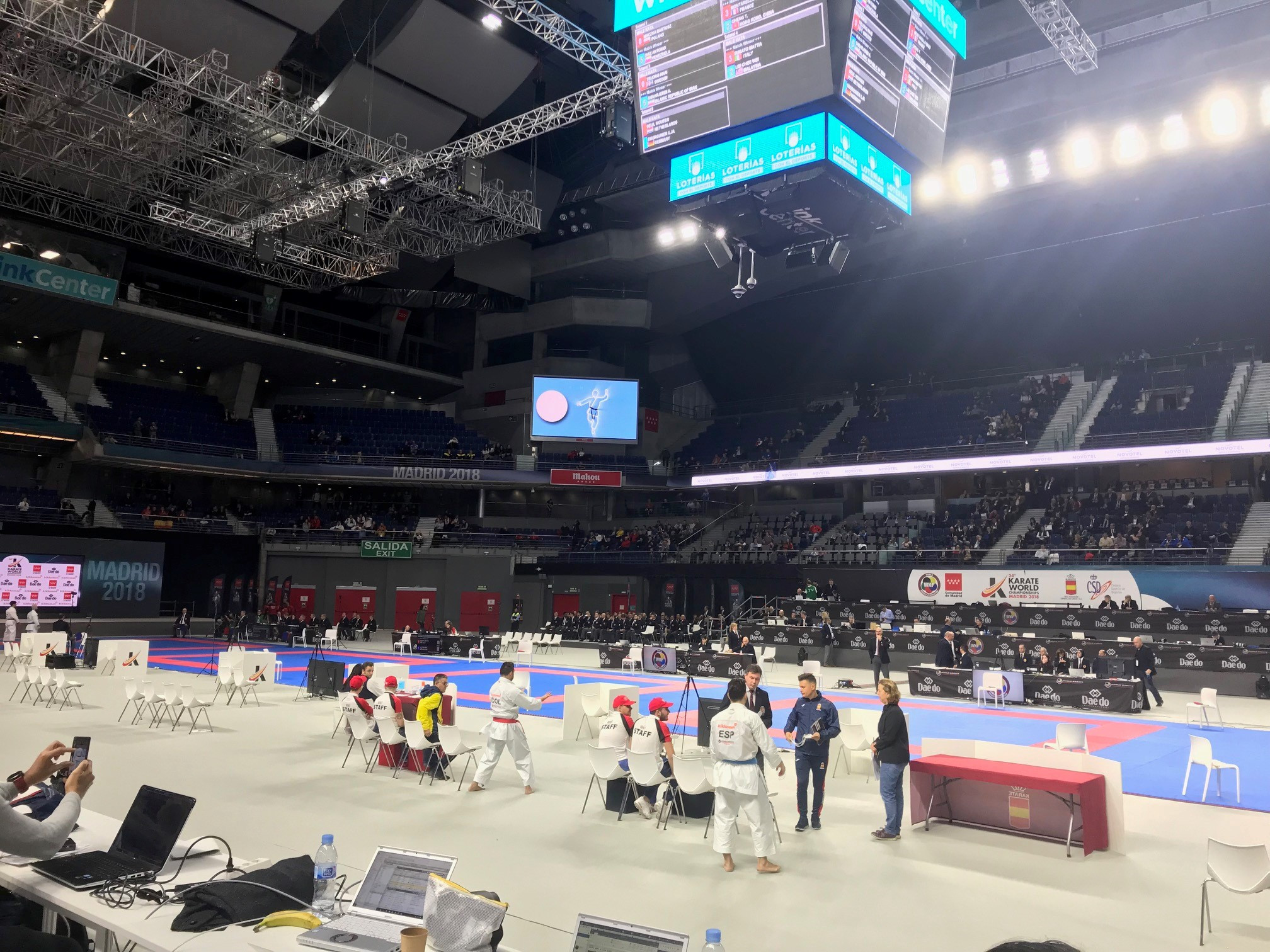 Athletes from Kosovo have been denied the chance to compete under their own flag at the Karate World Championships here by the Spanish Government, insidethegames can reveal.

The Spanish Government refused to allow the Kosovan flag at the venue and the delegation from the nation will instead participate under the banner of the World Karate Federation (WKF).

A compromise has been reached between the Government and the sport's worldwide governing body to ensure Kosovan athletes could compete but they will do so wearing uniform emblazoned with the "WKF" initials.

They will also parade in the Opening Ceremony but will be unable to carry their flag.

The decision does not come as a surprise as the Spanish Government does not recognise Kosovo as an independent state.

It marks the latest incident involving the Kosovan karate team, who were twice barred from entering Serbia to compete at the European Championships in Novi Sad in May.

Kosovo were subjected to similar sanctions at the Mediterranean Games in Tarragona earlier this year as the Government barred the national flag from the Opening Ceremony at the last minute.

The WKF were hopeful they could avoid a similar scenario and the governing body has been in ongoing discussions with the International Olympic Committee (IOC), the Spanish Olympic Committee and the Government in an attempt to resolve the issue.

A total of 13 athletes from Kosovo are due to compete at the Championships here.

In a statement sent to insidethegames earlier this month, the IOC claimed they had "reiterated its very clear position to the Spanish Government authorities".

Earlier this year, IOC President Thomas Bach called on sport to "show its teeth" by taking action to combat cases of countries restricting the way other nations participate at competitions on political grounds.

It followed a series of recent troubles involving the participation of Israel at events in Islamic countries, and of Kosovo at events in Serbia.

The IOC then told sports organisations to "carefully consider" awarding major competitions to Serbia or Kosovo amid the ongoing political tension.

insidethegames has contacted the Kosovo Olympic Committee and the IOC for comment.