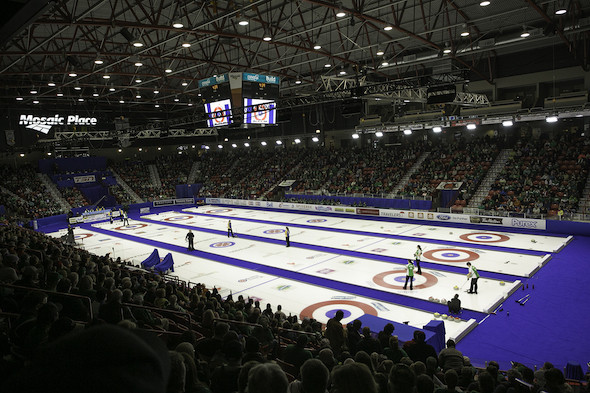 Curling Canada has announced that Moose Jaw will host the 2020 edition of the Scotties Tournament of Hearts - the country's National Women's Championship.

Action will take place between February 14 and 23 at Mosaic Place in the Saskatchewan city.

The event, often just called "The Scotties", was also held in Moose Jaw in 2015 when more than 70,000 fans watched the action.

"Curling and Saskatchewan go hand in hand, and we saw first-hand in 2015 how Moose Jaw supports the Scotties Tournament of Hearts, so I know this was an easy decision for Curling Canada's events team," said Maureen Miller, chair of Curling Canada's Board of Governors.

"Mosaic Place is a superb facility, and there is a dedicated group of volunteers and fans in Moose Jaw who will make the 2020 Scotties Tournament of Hearts an overwhelming success."

The winning rink at the event will represent Canada, a curling powerhouse, at the 2020 World Championship.

"The City of Moose Jaw is thrilled to host the 2020 Scotties Tournament of Hearts," said Mayor Fraser Tolmie.

"Moose Jaw has a passion for Championship curling.

"This is the second time we have been chosen to host the Scotties in our world-class facility, Mosaic Place, and we are very excited to extend our hospitality and provide some world-class curling."