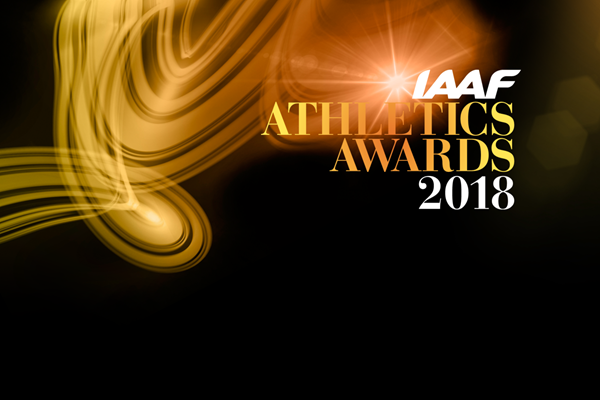 The International Association of Athletics Federations (IAAF) have released 10 nominations for the Female World Athlete of the Year award.

The award ceremony is due to take place in Monaco on December 4 where the winner will be announced.

Great Britain’s Dina Asher-Smith and Shaunae Miller-Uibo of the Bahamas represent the sprint events in the nominations.

Asher-Smith earns her nomination for being European champion and world leading in the 100 metres, 200m and 4x100m relay, while Miller-Uibo is unbeaten in 15 races and ran the fastest 400m since 2006.

The remaining track athletes are Beatrice Chepkoech of Kenya, who set a world steeplechase record, Sifan Hassan of The Netherlands who leads the world at one mile and 3000m and Caster Semenya of South Africa.

Semenya also has world leading times this year and is unbeaten in nine 800m finals but currently faces being barred by the IAAF because of new rules on female participation which could see her have to undergo "corrective" medication if she wishes to continue competing.

Ibarguen holds the world leading distance in the triple jump, as well as maintaining an eight-final unbeaten streak.

The IAAF is pleased to confirm a list of 10 nominees for Female World Athlete of the Year🤩https://t.co/8qhAXy2P2y pic.twitter.com/fge0LSDI9N

Lasitskene only lost one of her 26 contests this season at the high jump and has world leads in both the indoor and outdoor events.

Perković is nominated for her dominance in the discus throw with a fifth European title and seven of the longest throws this year.

Wlodarczyk also leads the world for the longest hammer throw, as well as claiming the European title.

Nafissatou Tham of Belgium is the only multi-event competitor nominated for her third world heptathlon title and as world lead and unbeaten record all season.

The nominations were selected by an international panel of athletics experts from all six continents and a three-way voting system will determine the winner.

The public will be able to vote via social media while the ruling IAAF Council will determine 50 per cent of the result and the IAAF Family’s votes will make up the final quarter.

Voting for the award is due to on November 12 and the male nominees will be announced tomorrow.